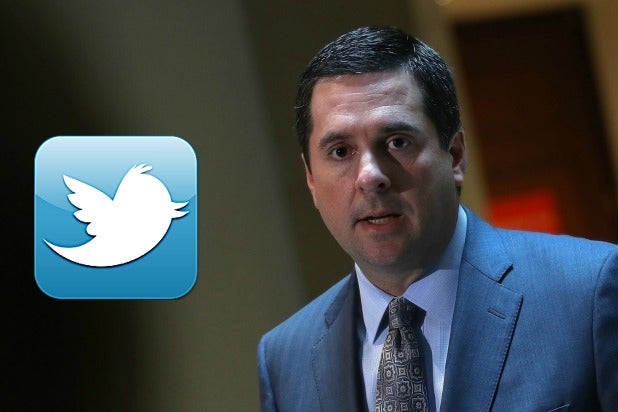 In the complaint filed Monday in the Henrico County, Virginia Circuit Court, Nunes said Twitter attempted to derail his work on the House Intelligence Committee by “knowingly hosting and monetizing content that is clearly abusive, hateful and defamatory — providing both a voice and financial incentive to the defamers — thereby facilitating defamation on its platform.”

In addition to the monetary damages, the lawsuit — which cites “negligence, defamation per se, insulting words, and civil conspiracy” — seeks to compel Twitter to reveal the names of the people behind the accounts “Devin Nunes’ Mom,” “Devin Nunes’ cow,” “Fire Devin Nunes” and “Devin Nunes Grapes,” and to permanently suspend a number of users whose posts “contain false and defamatory statements.”

Services like Twitter are usually legally exempt from defamation liability suits, but Nunes’ team said, “Twitter is ‘responsible’ for the development of offensive content on its platform because it in some way specifically encourages development of what is offensive about the content.”

Testifying before Congress in September, Twitter CEO Jack Dorsey reiterated that Twitter doesn’t make decisions based on “political ideology,” adding that it wouldn’t make business sense for Twitter to dump large groups of Republicans, and calling the platform a new-age “public square” where almost anything should be allowed to be said.

That account has since been suspended, but the complaint included screenshots of tweets, including a lewd drawing of President Vladimir Putin, President Trump and Nunes based on the film “Human Centipede.” According to the complaint, “Twitter did nothing to investigate or review the defamation that appeared in plain view on its platform” and has “consciously allowed the defamation of Nunes to continue.”

Nunes became a target of an ethics investigation in April 2017 after he was accusing of making “unauthorized disclosures of classified information,” and later stepped aside from the House’s Russia probe.