Showtime’s revival “Dexter” scored some pretty killer ratings. The 10-episode revival, which ended this past Sunday, now ranks as the pay cable network’s most-watched series in its history.

“Dexter: New Blood” averaged 8 million viewers each week across all of its platforms, including linear TV and streaming. Showtime says that “Dexter” and the freshman drama “Yellowjackets” helped to drive the largest streaming sign-ups in a quarter for Showtime OTT.

Sunday’s finale drew 3 million viewers, of which 2 million watched via streaming and on demand platforms, the most in Showtime’s history. That means that around 1 million watched the old-fashioned way — on Showtime at 9 p.m. ET. The network made the finale available at midnight on Sunday. (You can read TheWrap’s interview with showrunner Clyde Phillips here.) 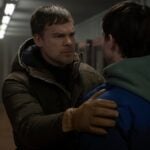 The finale of “Dexter: New Blood” was Showtime’s biggest since the Season 3 finale of “Homeland” in 2013.

“We’re thrilled by the overwhelming response from the millions of fans of ‘Dexter: New Blood’ these past 10 weeks,” said Gary Levine, President of Entertainment, Showtime Networks Inc. “Whether they loved the finale or couldn’t bear to see it end, we so appreciate their passion. Our deepest thanks to Michael, Clyde, Scott and Marcos for delivering a profoundly powerful conclusion to our beloved and extraordinary series.”

“Dexter” premiered in 2006 right at the onset of the “Peak TV” era at a time when cable dramas led by male antiheroes like Tony Soprano and Vic Mackey (“The Shield”) were all the rage. Along with series like “Nurse Jackie,” “Homeland” and “Weeds” (another Showtime series getting a second life, albeit on Starz), “Dexter” helped Showtime to emerge as a major player in the growing prestige-TV rush.

But following years of critical acclaim and Emmy nominations, “Dexter” landed with a thud when it aired its last episode in 2013, concluding with Hall’s character committed to a life in solitude as a lumberjack.

“New Blood” gave the show a chance to re-write its ending.