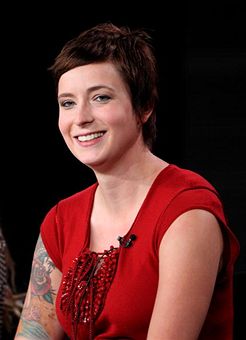 Oscar-winning "Juno" screenwriter Diablo Cody has set up a new original screenplay titled "Young Adult" with Mandate Pictures, according to the Hollywood Reporter.

The film, which Variety reports is a comedy, will follow a divorced, young-adult fiction writer in her 30s who returns to her hometown to chase the ex-boyfriend that got away. The catch is, he’s now married with a kid.

An official Twitter investigation conducted by TheWrap confirms that "Young Adult" actually IS the "female anti-hero stalker film" Cody alluded to earlier this week in an interview with Vulture. (See @diablocody and @MatthewKlekner for proof!)

In the Vulture interview, Cody expresses her disappointment with the first season of "The United States of Tara," the Showtime series she created, executive produces and occasionally writes episodes of. I really enjoyed the first season, but was fairly disappointed by the second season premiere on Monday night, which did little to advance the characters.

Character actor Michael Hitchcock, who I recognized from "Men of a Certain Age" during the "Tara" premiere, recently tweeted that he worked on an upcoming "Funny or Die" video with former "SNL" star Michaela Watkins that was written by Cody and directed by Jill Soloway. Sounds promising.

Cody has been tweeting for a while about her "Sweet Valley High" adaptation, which is in development at Universal. I’ll probably pay the same amount of attention to the movie as I did the books, which is to say, none at all. She’s also writing a modern take on Shakespeare’s "Taming of the Shrew" for Paramount. I’m not sure how she plans to top what the screenwriting team of Karen McCullah Lutz and Kirsten Smith achieved with "10 Things I Hate About You," but it should be fun watching her try.

Mandate is fast-tracking "Young Adult" while it searches for a director. I’ll finance the project myself if it turns out to be Karyn Kusama, whose Cody collaboration "Jennifer’s Body" was eaten alive at the box office, where "Juno" earned $227 million en route to becoming a minor cultural phenomenon.