Thousands of Bernie Sanders supporters filled the Santa Monica High School football field on Monday to hear their candidate’s populist message, with lines stretching as far as the eye could see.

If you weren’t able to make it the Southern California event, no worries. TheWrap has you covered.

Here are seven takeaways from the Sanders rally. 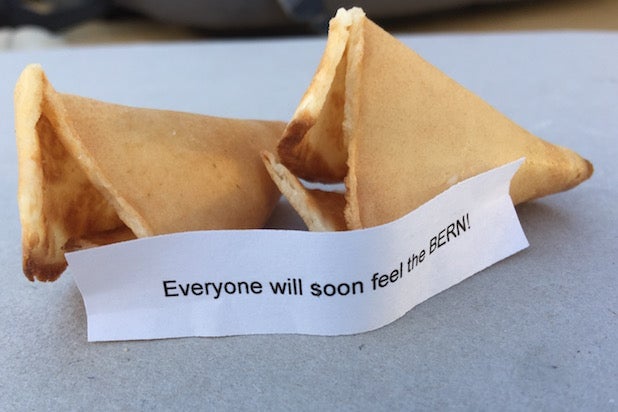 1. Sanders’ fortune in the palm of our hands

As TheWrap figured its way through the maze of supporters, Saku Ee, a volunteer for Asian American Pacific Islanders for Bernie Sanders offered us a hard-to-resist treat: Bernie Sanders fortune cookies.

The message inside safely predicted that,”Everyone will soon feel the BERN!”

We’re not sure about the cookies’ fortune-telling abilities but we ate a whole bunch in the name of investigative journalism and we can report that they are quite good. 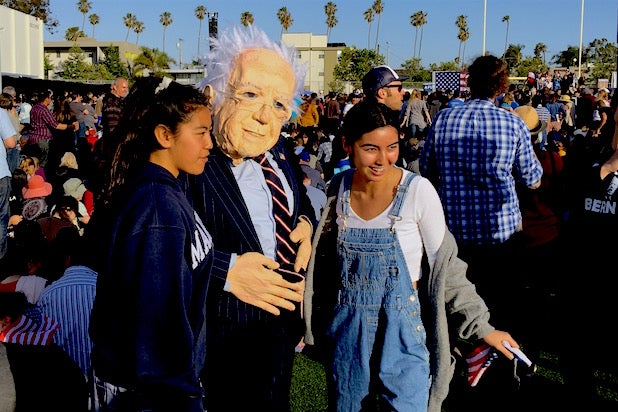 2. Talkin’ about a revolution
As we walked around, we couldn’t help but notice the song playing in the background: Tracy Chapman’s “Talkin’ Bout a Revolution.” It’s possible we may have shimmied our way to the press area. 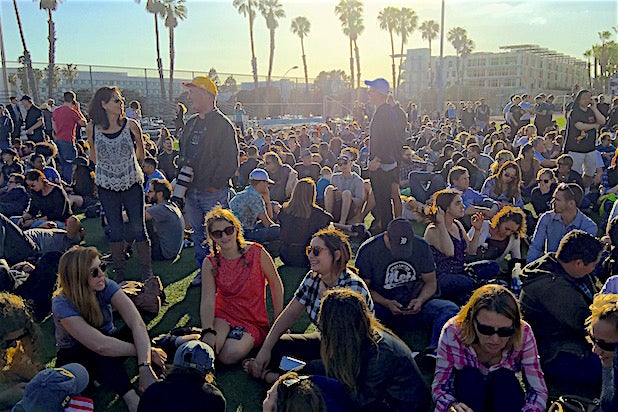 3. As it turns out, Bernie has older supporters too
The crowd was mostly comprised of young college students who looked like they just rolled out of bed. But, to our surprise, there were some older folks too. We counted at least seven people with gray hair. Maybe eight. 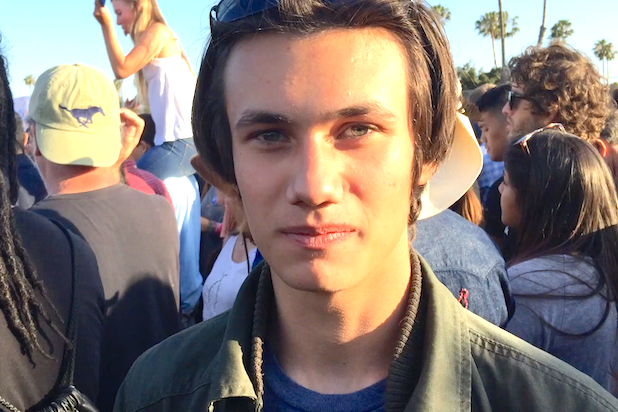 4. Why Sanders supporters aren’t giving up
It’s the $64,000 question: “Why would anyone continue to support a candidate with no viable path to victory?” We asked that to Alexander Rey, a 19-year-old clothing store employee, who told TheWrap he came to the rally because Sanders has “been on the right side of history this whole time.”

We wanted to know whether he would consider voting for Hillary Clinton, who is well on her way to clinching the Democratic nomination. The answer from Rey was an emphatic,”No.”

But Rey later said that he may end up voting for Clinton just to keep Donald Trump from winning, calling it “the worst of two evils.” 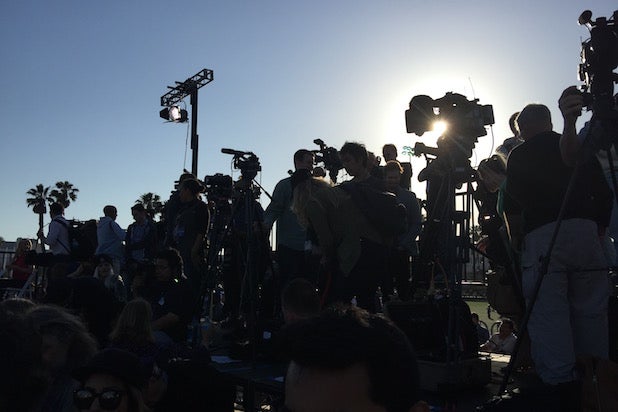 5. Sanders may have lost, but he can still bring in the crowds
According to the Sanders campaign, 6,750 people showed up to the event. The crowd filled the football field all the way to the 50 yard-line. And there were plenty of reporters too. TheWrap counted more than 100 journalists in the press pen and at least five live trucks with really big antennas. 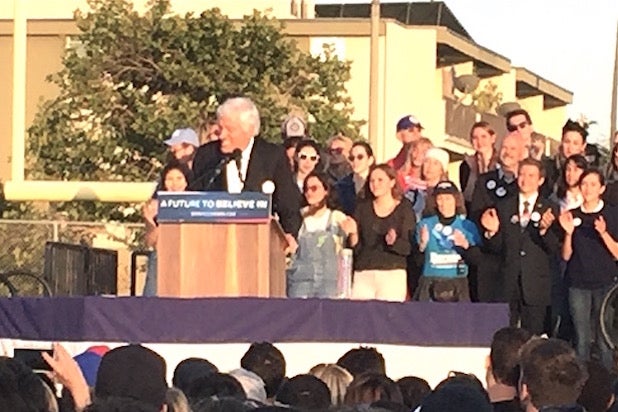 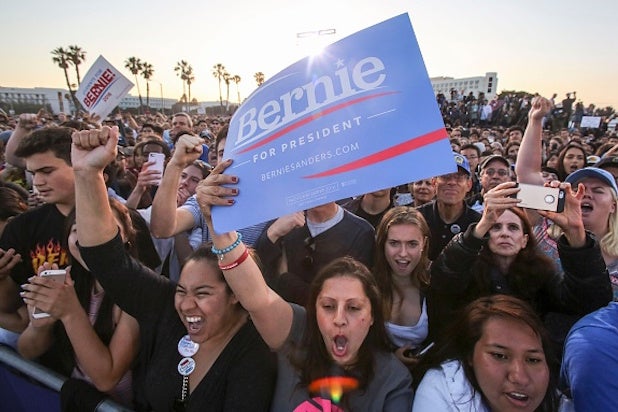 7. Sanders fires up the crowd
Sanders, who took the stage shortly after 7 p.m., wasted no time taking shots at Clinton. “She’s looking very nervous,” he told a cheering crowd. “It’s a little bit insulting to the people of California, our largest state, that she is not prepared to have a discussion with me,” Sanders said about Clinton’s refusal to commit to another debate before the state’s June 7 primaries.

Sanders also said he’s received 8 million individual contributions, the most in American history, a line that had his supporters going wild.