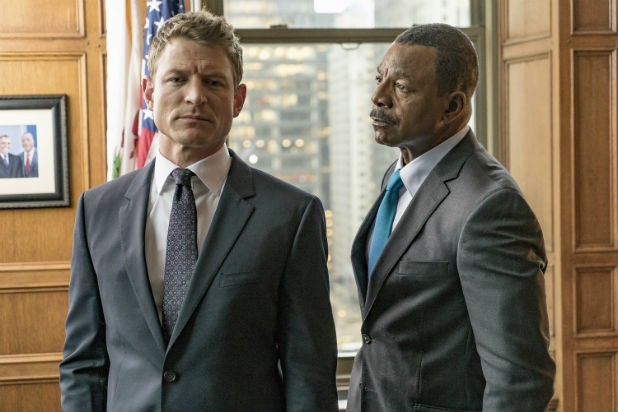 The cast for the new show includes Philip Winchester, Carl Weathers, Nazneen Contractor, Joelle Carter and Ryan-James Hatanaka. Some of the new characters were introduced during Wednesday’s episode of “Chicago P.D.”

Wolf, who created the “Law & Order” franchise at NBC, teased the idea of a fourth entry during the recent Television Critics Association winter press tour.

“You’ll see certain things. It would obviously be short-sighted to not be mutually be kicking the tires on what that would be,” Wolf said. “It would probably be in the legal system. You may see, the same way you saw in the last three years, some people doing legal things, that would give an insight into where that could go.”

All three of Wolf’s other “Chicago” shows have been solid ratings performers for the network. The newest of the three, “Chicago Med,” was the top scripted show of its Nov. 17 premiere night, earning a 2.2 rating in the advertiser-coveted 18-49 demographic, along with 8.6 million total viewers.