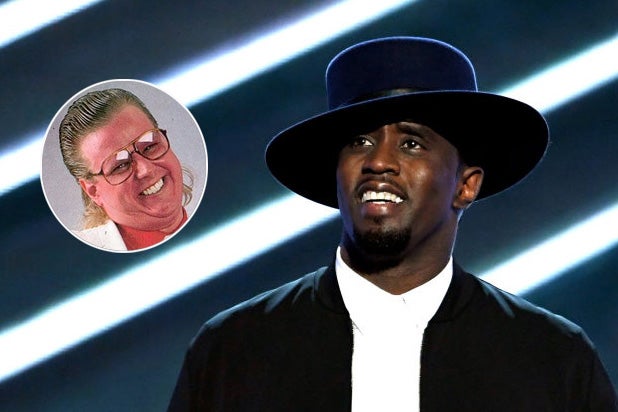 Rapper turned businessman Sean Combs has confounded the internet by changing his name for the umpteenth time.

The man who has gone by Puff Daddy and P. Diddy and more recently just Diddy on Saturday proclaimed that he now wants to be called “Brother Love,” or even just “Love.”

He made the announcement in an online video posted on his 48th birthday, saying, “I decided to change my name again!”

I decided to change my name again!

My new name is LOVE aka Brother Love. #TakeDat pic.twitter.com/gArAXusygG

Needless to say, the Twitterverse was amused by the new moniker — especially since it’s one shared by Bruce Prichard’s wrestling persona as The Undertaker’s manager Brother Love from his days at what was then the WWF.

Others thought he might be playing on Buddy Love, the cloned alter ego of Eddie Murphy’s professor Julius Klump in the “Nutty Professor” remakes of the late 1990s.

“Now is ‘brother love’ related ‘buddy love’?” one asked. “Or is this a some sort of comic book cross over that no one gets.”

See more of the reactions below.

Word is that Diddy/Puff/Puff Daddy/Sean Combs is changing his name to Brother Love. I wonder how the real Brother Love feels about that pic.twitter.com/oD6sj2OceQ

Just came home from yoga to find out Puff Daddy has changed his name once again, and will only be answering to “Brother Love” #wtfisgoingon

Now is “brother love” related “buddy love”? Or is this a some sort of comic book cross over that no one gets? pic.twitter.com/COaRL5CwHK

So it's like almost every decade that passes Puffy would look for a new name. #BrotherLove #Rebranding