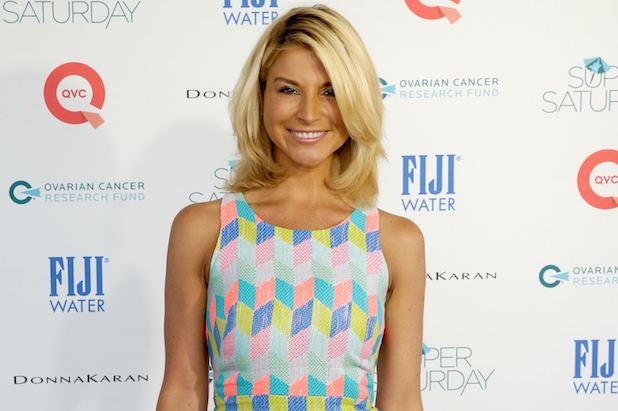 MTV reality star and entertainment reporter Diem Brown has died after a long struggle with cancer, MTV told TheWrap. She was 32.

The “Real World/Road Rules Challenge: Fresh Meat” star, who went on to become an entertainment reporter, was admitted to a New York City hospital on Sunday. She took to Twitter on Tuesday to ask for prayers, and tell her 20,000 followers that “doctors are seemingly giving up.”

“But I won’t and can’t roll over,” she wrote. “Whatever option I have to LIVE I’m grabbing!”

“MTV is tremendously sad to hear the news that Diem Brown has lost her long battle with cancer. We send our deepest condolences to her family and friends,” the spokeswoman said. “Diem was a true fighter and brought passion to everything she touched. We will miss her.”

E! News correspondent Alicia Quarles, a longtime friend of Brown, appeared on television network on Thursday to share Brown’s optimism, despite suffering from cancer that had spread to her ovaries, lymph nodes and liver.

“Diem continues to amaze [doctors]. She has asked that I relate to you to just pray for her. We believe in the power of prayer,” Quarles said. “We’re not giving up.”

Brown discovered her third cancer diagnosis, this time affecting her colon, in August after collapsing on the set of the eighth MTV challenge, which was filming in Panama. She was air-lifted to a New York City hospital, and immediately underwent two emergency surgeries to try to remove the tumor.

Before her death, Brown founded MedGift.com, a crowdfunding site specifically for medical patients going through any health-related hardship.

Brown was first diagnosed with ovarian cancer at the age of 22. Chemotherapy successfully battled the disease into remission, but it returned in 2012. In February of 2013, Brown announced the cancer had once again gone into remission.