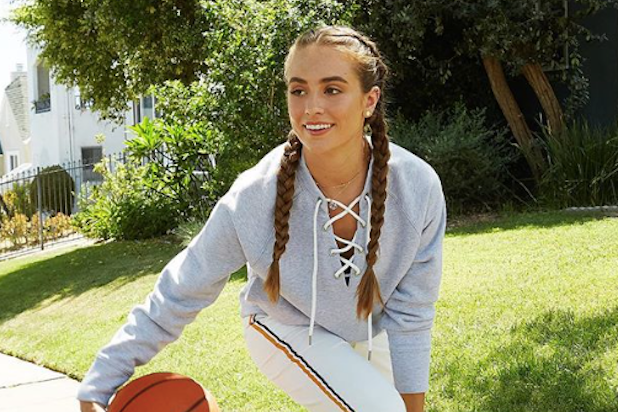 The company’s first deal is with creator and personality, Rachel DeMita who is a YouTuber (235K subscribers), Instagram star (1.3 million followers), host of NBA 2K, and former college basketball player at Old Dominion. Under the agreement, DeMita will collaborate with the digital media company on an unnamed series as well as live event coverage. Overtime says it is in discussions with multiple buyers for the show, but did not disclose who those buyers were.

The unnamed series will follow DeMita as she attempts to try the workouts of various professional and amateur athletes. She will also do live coverage and vlog coverage of various basketball events (high school, college, NBA) throughout the year. Overtime’s says its aim is to give the YouTuber the freedom and support to create content that is truly differentiated from what’s already out on the market.

“Rachel is one of the most talented creators in the basketball space with a deep knowledge of how to work with players and create engaging content that speaks to the next generation sports fan,” said Marc Kohn, Chief Content Officer at Overtime.

“Rachel’s well-established connection with the next generation of sports fans is rare. By combining that with the power of Overtime’s brand and community, plus our team of young producers and creatives, we’re confident the shows we create together will be special,” added Zack Weiner, Cofounder, President of the company

In an effort to work more closely with DeMita and other creators, who will be announced in the coming months, Overtime also announced that it is opening up an office in LA.

Since raising a round from Andreessen Horowitz at the beginning of the year, Overtime’s video views have more than doubled while its engagement on social media maintains industry-high rates. In the last few months, the company has continued to grow, launching its “Hype School” show on Snapchat (and adding another just this week in “Mixtape Mondays”). Overtime also recently launched a sneaker show with sneaker artist Sierato and is increasing its football content output as well as working with brands to sponsor various shows. The company has grown to 40 employees in addition to its network of content creators around the country.

DeMita, who is Overtime’s first external talent hire, is a WME client.