When action master John Woo started work on his latest film, “Red Cliff,” he was understandably a little nervous. On the one hand, the action epic — which reunites Woo with action star Tony Leung for the first time since the 1992 classic “Hard Boiled” – seemed tailor-made for Woo. But the project, set in ancient China some 1,800 years ago, also presented enormous aesthetic and logistical challenges to the director shooting his first feature film in mainland China.

The director talked with TheWrap about making “Red Cliff” and the emergence of China as a filmmaking powerhouse.
This was your first ever shoot in mainland China. How hard was it organizing all the logistics? 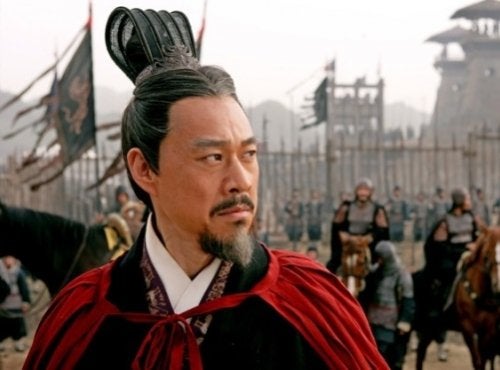 It’s my first big feature there, but I shot my last film, in 2005, in China — the short film “Song Song and Little Cat” for UNICEF.
I wasn’t quite sure what to expect with “Red Cliff” as it was a huge undertaking, but I had a great time. When I told them I wanted to make the film there, they just went, “OK – let’s do it!” No problems. No censorship! I got huge support from the government as well as the local people. The government didn’t interfere at all.

You say it was a huge undertaking … how huge?
I wanted to show that in China, we can make an epic of the same scope and quality of a Hollywood film. It took two years and 13 scripts and revisions. The film is very complicated and there are so many different stories and characters in it. Also, all Asians are very familiar with this part of history, but western audiences don’t know about it. So it took a lot of work to make it work for both Asian and western audiences.

It’s based on the Chinese book “Romance of the Three Kingdoms,” and we tried to keep it as true to the historical facts as possible.

Is it true you spent over a year alone just building ships for the climactic naval battle?
Yes, as we had to build nearly 30 full-scale battleships, then we shot all the live-action stuff on them, and then used CGI for the rest. We did a lot of research to get all these battle scenes right, and I think it’s very close to what happened.
I always wanted to make a film like “Lawrence of Arabia” or Stanley Kubrick’s “Spartacus” or Kurosawa’s “Seven Samurai.” Even though my film still has to be compared to a masterpiece like “Lawrence,” I’m very happy to attempt it (laughs).
It grossed over $124 million in China, breaking the box office record held by “Titanic.” What did it cost to make?
Around $80 million, which isn’t much by Hollywood standards, especially as we made two movies – as it’s in two parts, running at five hours, for the Asian market. But that version’s too long for audiences in the west, so we cut a separate U.S. version that’s just two and a half hours long.
It’s the most expensive movie ever made in China — how hard was it getting financing?
It was pretty easy. We got huge financial support from Japan, and then we also got money from Korea, Taiwan, Hong Kong and China. People in Asia love movies so much and there’s a lot of confidence there in the market, so it wasn’t a problem.
What’s the future of filmmaking in China now?
There’s a very big film industry there now, and there are so many young filmmakers there who are so fluent in film and so passionate about it. And the audiences love to watch all kinds of films — Asian, Hollywood, European. It’s really open right now.
But doesn’t the government censor foreign films?
Not too much.
So they show all the sex and violence in Hollywood films?
Not as much (laughs). They’re pretty careful about that and keeping bad influences away from the young people. But they just give you friendly advice. They don’t say, “You cannot do that! You must do that!”
And the business side is really strong right now. They just built this huge studio, China Film Group, in Beijing, with 16 massive soundstages on a backlot that’s the same size as Universal’s. And they have all new equipment shipped in from the States and Canada, and a state-of-the-art mixing stage, so it’s a very big deal.
Any plans to do another big Hollywood studio picture such as “Mission: Impossible”?
I’d love to. I have two projects I’m developing here – one about Marco Polo, and another based on Jean-Pierre Melville’s “Le Samourai.” I’d never give up Hollywood. I live here and I love working here.
(Back to main Thanksgiving Grill page.)