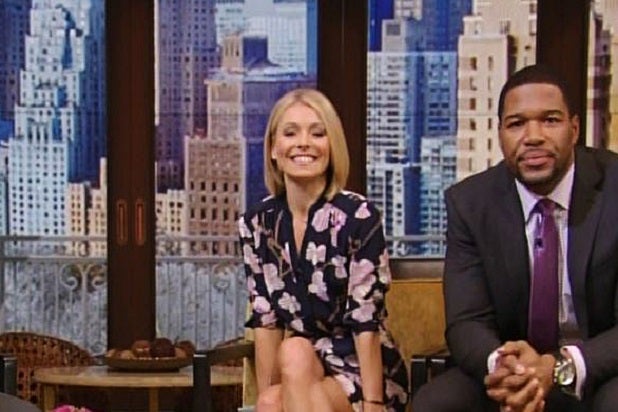 “Live With Kelly and Michael” will stay alive on ABC Owned Stations through at least the 2019-2020 television season, thanks to a Tuesday-morning renewal by Disney/ABC Home Entertainment and Television Distribution.

Additionally, the group has renewed “Who Wants to Be a Millionaire” on ABC Owned Stations for 2016-2017 — with the exception of the Chicago market, that is. The eight ABC Owned Stations are New York (WABC-TV), Los Angeles (KABC-TV), Chicago (WLS-TV), Philadelphia (WPVI-TV), San Francisco (KGO-TV), Houston (KTRK-TV), Raleigh/Durham (WTVD-TV) and Fresno (KFSN-TV).

“We are exceptionally proud of ‘Live’s’ unparalleled success and are thrilled to extend our highly valued partnership with the ABC Owned Stations for many more years to come,” said Janice Marinelli, president, Disney/ABC Home Entertainment and Television Distribution. “We are also very pleased to extend our relationship with their strong stations on ‘Millionaire,’ which continues to resonate with viewers across the country.”

“Audiences love watching ‘Live With Kelly and Michael.’ During the last week of 2015, the show achieved a 1.8 rating with women 25-54, the highest rating in that demo of any talk show this season,” added Rebecca Campbell, president, ABC Owned Television Stations Group. “Produced by our owned station WABC-TV, we are extremely proud of ‘Live’s’ ability to innovate and connect with viewers and look forward to that continuing into the next decade.”

“Live With Kelly and Michael” is distributed in national syndication by Disney/ABC Home Entertainment and Television Distribution. The daytime talker is hosted by Kelly Ripa and Michael Strahan and produced by WABC-TV in New York; Michael Gelman serves as executive producer. The current season is “Live’s” 28th.

“Who Wants to Be a Millionaire,” hosted by Chris Harrison, is also distributed by Disney/ABC Home Entertainment and Television Distribution. Produced by Valleycrest Productions Ltd., James Rowley is executive producer. Next season will be “Millionaire’s” 15th in syndication.