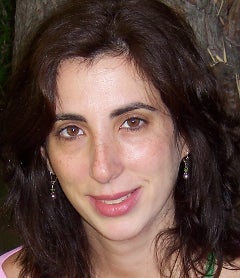 The million-dollar pitch deal is all too rare in the more fiscally responsible Hollywood of today, yet Disney has cracked open the piggy bank for Aline Brosh McKenna’s live-action take on the 1950 animated classic "Cinderella," according to Deadline.

Best known for writing "The Devil Wears Prada," Brosh McKenna brought the pitch to Disney first and the studio took it off the table preemptively, envisioning the property as a good fit for its mandate of branded family entertainment.

Using the working title "Cinderella," the film is expected to deviate from the original fairy tale, although it’s unclear how, or whether the new version will be released in 3D like the studio’s reimagining of "Alice in Wonderland," which has grossed more than a billion dollars since it was released in March.

Simon Kinberg will produce the project, having previously collaborated with Brosh McKenna on a production rewrite of Fox’s "Date Night." Additionally, last fall the duo signed a $2 million deal for an untitled pitch they’re writing for Paramount and Bad Robot partners J.J. Abrams and Bryan Burk.

Brosh McKenna’s adaptation of Lauren Weisberger’s novel "The Devil Wears Prada" was a thoroughly enjoyable crowd-pleaser that appealed to both women and men (including this writer), and while "27 Dresses" didn’t have the quite same widespread allure, it nonetheless grossed $160 worldwide on a $30 million production budget. Disney was wise to shell out for the "Cinderella" pitch, as Brosh McKenna’s track record proves that she’s a talented writer who is completely deserving of being entrusted with one of the most beloved animated characters of all-time.

Brosh McKenna is also the writer behind the upcoming Rachel McAdams-Harrison Ford comedy "Morning Glory" and Fox’s "We Bought a Zoo," which now has Cameron Crowe officially attached to direct.