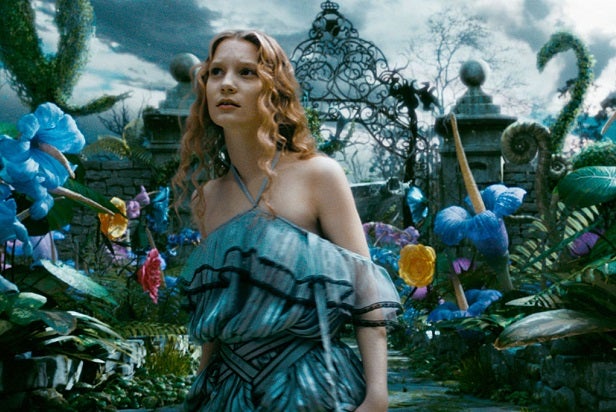 Disney took advantage of Sunday’s time change to promote “Alice Through the Looking Glass,” its upcoming sequel to the 2010 blockbuster “Alice in Wonderland.”

“It’s time to go back,” the studio tweeted, reminding followers to not only adjust their clocks, but to get ready for a return to Wonderland. The sequel is scheduled to open May 27, 2016.

Mia Wasikowska stars as Alice in the upcoming film and is featured in the 11-second teaser. Don’t worry about spoilers — the clips simply shows Alice tumbling through the sky in the clip, after stepping through a mysterious door. Johnny Depp , Anne Hathaway and Helena Bonham Carter return and Sacha Baron Cohen and Rhys Ifans are joining the cast.

James Robin is directing from a script by Linda Woolverton. Tim Burton directed the 3D blockbuster original movie, which brought in $1.02 billion at the global box office. He returns as a producer.