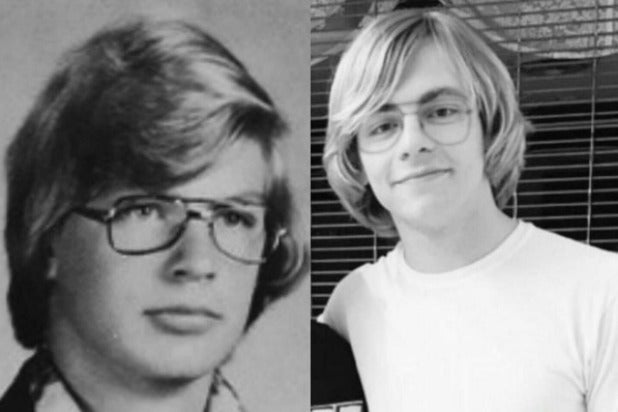 It’s easy to see why the 20-year-old actor was cast to play the Milwaukee Cannibal in the upcoming film “My Friend Dahmer,” which is based on the graphic novel of the same name.

“It’s pretty uncanny how similar they look,” the caption reads.

The indie film “My Friend Dahmer” is an adaptation of Derf Backderf’s 1970s-set graphic novel and is scripted by Marc Meyers. It tells of the Dahmer’s troubled upbringing in Wisconsin, his struggles with his volatile and sometimes suicidal mother and his disturbing habit of dismembering animals.

The isolated loner and closeted homosexual went on to become one of the most notorious serial killers of our generation, committing his first murder in the summer of 1978 at the age of 18.

Dahmer went to rape, murder and dismember 17 male victims between 1978 and 1991 before he was eventually caught when one man escaped from his apartment and alerted police after the killer said he was going to eat his heart.

Having been sentenced to 16 terms of life imprisonment, Dahmer was bludgeoned to death by two fellow inmates at the Columbia Correctional Institution in Portage, Wisconsin, in November 1994.

“My Friend Dahmer” also stars Alex Wolff, Vincent Kartheiser and Anne Heche. The Akron, Ohio, house he grew up in was among the filming locations.