Disney coughed up $4 billion to buy Marvel last August, but all it may get for its investment is a collection of second- and third-tier superheroes.

Sure, "Spider-Man" and "X-Men" racked up billions at the box office. But film rights to those characters are parked at Sony and Fox, respectively, keeping them off-limits to Disney, except for a small percentage of the profits. 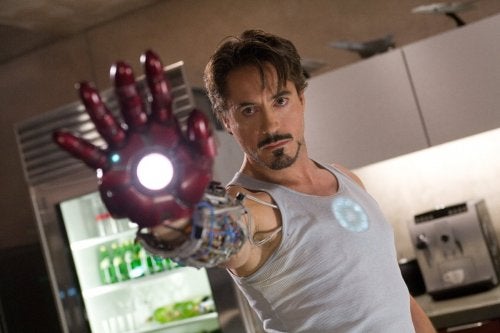 What’s more, those movies centered on heroes already firmly implanted in the popular-culture lexicon long before they ever hit the multiplexes.

That leaves the likes of Nick Fury, Big Bertha and Ant-Man.

But Disney thinks that it can successfully re-brand and introduce many lesser known Marvel characters to moviegoers.

Its plan is to build on the company’s sucess in turning "Iron Man" into a global box-office smash even though the tin-suited protagonist was not a widely recognized property.

“This transaction combines Marvel`s strong global brand and world-renowned library of characters including Iron Man, Spider-Man, X-Men, Captain America, Fantastic Four and Thor with Disney`s creative skills, unparalleled global portfolio of entertainment properties, and a business structure that maximizes the value of creative properties across multiple platforms and territories," Disney CEO Bob Iger said at the time of the deal.

Many analysts believe that despite paying top dollar, Disney ultimately will reap big profits from the Marvel purchase, citing the current filmgoing mania for all things comic book and the company’s ability to create crowd-pleasing hits from its backlog of titles. 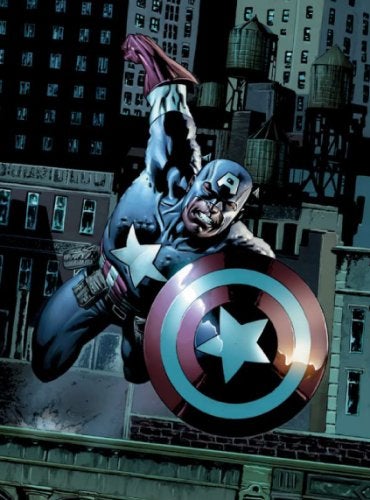 As an added bonus, the thousands of superheroes could help Disney attract more business from young males, a demographic that’s been hard for the company to crack and a group that buys a lot of merchandise, as well as movie tickets.

When the deal with Marvel was done, the Mouse House crowed that it now boasted a library of some 5,000 characters. What it failed to mention was that not every hero can become a star.

(See accompanying slideshow: "Marvel Heroes Coming to a Theater Near You.")

"It runs the gamut from Spider-Man to the X-Men to Johnny Storm’s college roommate Wally Wingnut and the Fantastic Four’s mailman Willy Lumbnik," Michael Uslan, a comic-book historian and executive producer of "The Dark Knight," told TheWrap. "There are a nice handful of A-list titles, but there are also a lot of the B-list and then second bananas — and then you get to triple A, double A and wind up in Little League batting off a T." (Disney and Marvel declined to comment for this article.)

But even with the A- and B-list characters, big box office is hardly a sure thing. "Iron Man" may have netted $585 million, but Marvel has had more difficulty launching hits among the rest of its second tier of characters.

An attempt to reboot the Hulk franchise grossed only $263 million, while costing a whopping $150 million to produce. Likewise, adaptations of Daredevil and Ghost Rider generally met with derision from fanboys, who believed them to be insufficiently faithful to their source material — and from audiences who believed them to be insufficiently watchable.

Though 2003’s "Daredevil," starring Ben Affleck and Jennifer Garner, and "Ghost Rider," with Nicolas Cage, grossed a respectable $179 million and $228 million, respectively, their takes pale in comparison to those racked up by "Iron Man" and "Spider-Man." And 2003’s "The Punisher," starring Thomas Jane, grossed a meager $55 million worldwide.

Any talk of franchises for these character dissipated quickly after the films’ releases — and reviews.
It’s important to note, though, that most of these characters were farmed out to other studios. By keeping future film adaptations in-house, Marvel insists it can better maintain quality control.

Nick Fury (Samuel L. Jackson) and Black Widow (Scarlett Johansson), for example, will first be seen in smaller supporting roles in established franchises such as "Iron Man" before being spun off into independent movies.
Both Johansson, who will appear in "Iron Man 2," and Jackson, who filmed a closing-credits cameo in "Iron Man," have signed multi-picture deals with the studio.

As for "Spider-Man" and "X-Men," Disney purchased Marvel with only limited access to the popular characters.
Sony has the rights to the wall-crawler franchise, and 20th Century Fox has locked up the "X-Men" and spinoff characters like Wolverine for the foreseeable future. According to the deal, those franchises will stay out of Disney’s hands as long as the other studios continue to milk them.

Thus, the recent decision by Sony to reboot "Spider-Man" and for Fox to return "Daredevil" to its roots. Clearly, the studios intend to continually relaunch and reimagine their tights-wearing crime fighters rather than see the rights default to Marvel.

"It’s too bad that those characters are off the table, but Marvel gets good economics out of those deals," Backer said.

The exact breakdown of these arrangements is not known, but many analysts estimate Marvel’s cut could be 5 percent of the film’s revenue.

Then there is the problem of theme parks.

Currently, Universal Studios owns property rights to most major Marvel characters for exclusive use in Orlando and Japan. Marvel already is looking into incorporating its superheroes into some of Disney’s international parks in territories where Universal doesn’t have any claims.

For Disney shareholders looking to see a return on the company’s sizable investment, analysts prescribe patience.

"The true value won’t be known for some time," said Matthew Harrigan, an analyst with Wunderlich Securities. "How they do on internally produced movies like ‘Thor’ and ‘Iron Man’ is key. But we’ll only know if this thing works five to eight years out."

One other potential snag in Marvel and Disney’s plans is a suit winding its way through the court system on behalf of the heirs of the late Jack Kirby, who created dozens of Marvel characters.

The artist’s children sued Disney in September for a cut of the profits from those characters. The Kirby family is citing copyright law that contends creators can try to reacquire their copyright 56 years after a title debuts. That means the Kirby family could already claim co-ownership of Captain America and that, starting in 2017, may be entitled to a slice of any profits related to the Fantastic Four, with the Hulk and X-Men hitting the 56-year mark shortly thereafter. Marc Toberoff, a lawyer for the Kirby estate, declined to comment for this article.

Disney and Marvel filed a lawsuit in January in response, seeking to dismiss the Kirby family claims. Should the Kirbys be successful in their suit, it puts a serious crimp in the financials of the Marvel deal.

Even if the studio is ultimately victorious, it wants to avoid a repeat of the legal wrangling taking place between Warner Bros. and the estates of Superman creators Jerry Siegel and Joe Shuster over a similar copyright-termination suit. Currently, rights to the Man of Steel are expected to return to the co-creators’ families in 2013, unless Warner reaches a settlement.

But Disney’s biggest challenge rests not in a court of law, but in the court of public opinion. Here it may have to put out a few fires. Comic book aficionados were ready to declare the deal a disaster almost from the moment it was announced, with many fanboys worrying that Disney will micro-manage the comic-book company’s fledgling movie studio.

"The great fear is that they will Disney-fy Marvel rather than leave it be, the way Pixar is left alone," Uslan told TheWrap. "Hopefully, they will do nothing to interfere with the properties’ coolness."