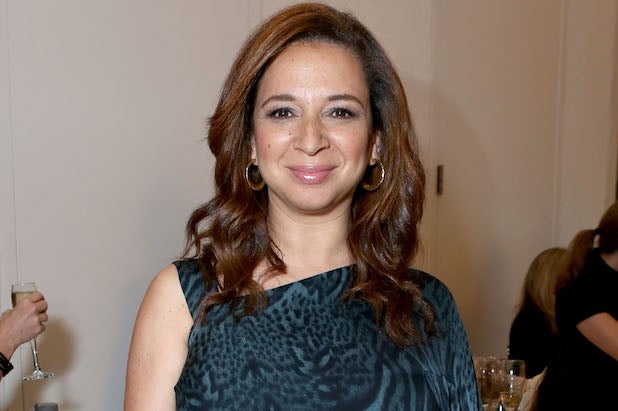 “Saturday Night Live” alum Maya Rudolph has signed on to voice one of the lead roles in Disney’s upcoming animated movie “Big Hero 6,” TheWrap has learned.

A representative for Disney did not respond to a request for comment.

Don Hall and Chris Williams are co-directing “Big Hero 6,” which has been operating under a cloud of secrecy. Disney hasn’t confirmed any voice cast thus far, though the film is slated to hit theaters on November 7.

T.J. Miller (“Silicon Valley”) was the first actor rumored to be cast as Fredzilla, and TheWrap has confirmed that Jamie Chung (“Sucker Punch”) will voice a character named Go Go Tomago.

Chung’s casting was revealed earlier Monday after “Big Hero 6” was listed by NBC.com among her feature credits in her official bio for the network’s new series “Believe.”

“Big Hero 6” is a comedic action-adventure movie about brilliant robotics prodigy Hiro Hamada, who finds himself in the grips of a criminal plot that threatens to destroy the fast-paced, high-tech city of San Fransokyo. With the help of his closest companion — a robot named Baymax — Hiro joins forces with a reluctant team of first-time crime fighters on a mission to save their city.”

The youth-skewing film is expected to be primarily populated by young voice actors, though several other recognizable actors will likely be revealed in the coming weeks and months.

Rudolph, who recently voiced a character in “The Nut Job,” will soon be seen in her husband Paul Thomas Anderson‘s upcoming detective comedy “Inherent Vice.” Her recent credits include “Bridesmaids” and “The Way Way Back,” and she has “The Maya Rudolph Show” debuting May 19 on NBC.

Rudolph is repped by WME, 3 Arts Entertainment and Hirsch Wallerstein.

Watch the video below for a sneak peek at footage from Disney’s “Big Hero 6.”