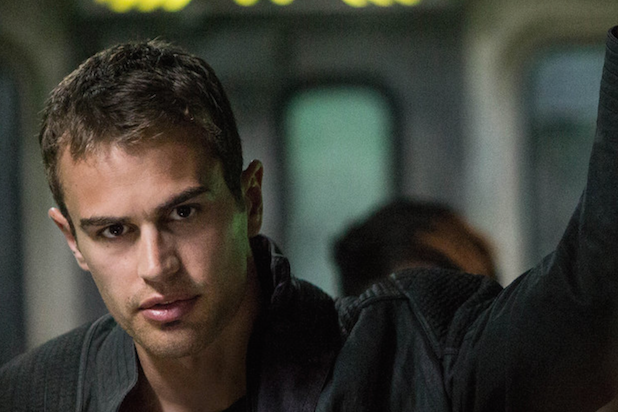 Theo James is returning to the “Underworld” franchise, an individual with knowledge of the project told TheWrap.

The “Divergent” star will reprise his role in the fifth installment of Lakeshore Entertainment’s popular vampire vs. werewolves series of films, which began in a 2003 film anchored by Kate Beckinsale.

James previously starred as a vampire named David in 2012’s “Underworld: Awakening” and the production company is exercising an option in the multi-year contract he signed before that movie was released. James is said to be starring opposite two female leads, but casting is still underway.

The 29-year-old actor will also star alongside Woodley in the films’ sequels, “Insurgent” — which has already finished shooting — and “Allegiant Part 1” and “Part 2.”

Cory Goodman will write the script for the upcoming action-horror film, with Lakeshore Entertainment’s Tom Rosenberg and Gary Lucchesi producing.

As TheWrap previously reported, “Undeworld: Awakening” opened to a surprisingly strong box office paving the way for another installment in the series. But James didn’t become a household name until appearing alongside Shailene Woodley in “Divergent,” the 2014 adaptation of Veronica Roth‘s best-selling young adult novel. It earned over $270 million worldwide.