Dixie Carter, the wisecracking Southern matron of "Designing Women," has died. She was 70. 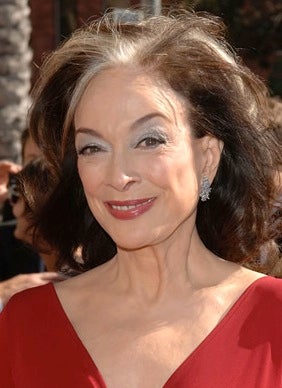 The actress died Saturday morning, said her publicist, Steve Rohr. He did not disclose the cause of Carter’s death.

"This has been a terrible blow to our family," Holbrook said in a statement. "We would appreciate everyone understanding that this is a private family tragedy."

Carter was best known for her role as Julia Sugarbaker, who she played on CBS’s "Designing Women" for seven seasons, from 1986 to 1993.

The native Tennesseean lent her Southern tinge to "Desperate Housewives" in 2007, and was nominated for an Emmy for her seven-episode guest arc.

Holbrook made regular appearances on "Designing Women" as Sugarbaker’s boyfriend, and they worked together last year on "The Evening Sun," an independent film that would be her last project.
Carter’s career began in television soap operas, with her breakthrough coming with recurring roles on "Diff’rent Strokes" in the 1980s.
Carter is survived by daughters Mary Dixie and Ginna.