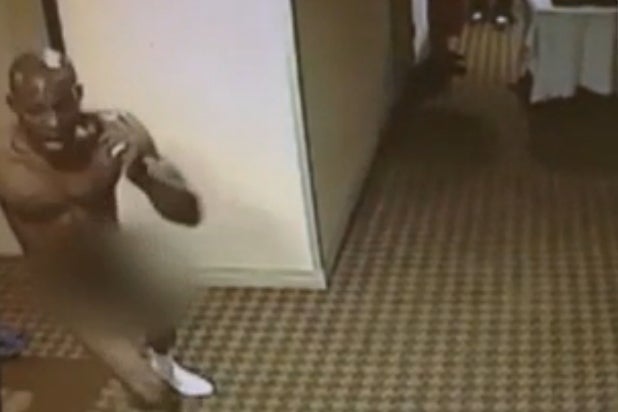 It was a Ruff Ryde for a room service attendant who was simply trying to cart away some trays from rapper DMX’s room in a Detroit hotel.

TMZ posted found footage of the one-time hip-hop superstar inexplicably streaking down a hotel hallway as an employee did her best to get away as quickly as possible.

The rapper told TMZ he “felt like” going for an in-the-buff run, adding, “Imnotashamedofanythingigot,” according to the gossip site.

In the security footage, X, in only boxer shorts, socks, and a house arrest ankle bracelet (which begs the question, how come he wasn’t in his house?) ducks around a corner, drops his underwear and takes off down the hall.

In the background, X’s boys crack up laughing, falling to the carpet, and the employee books it in the opposite direction.