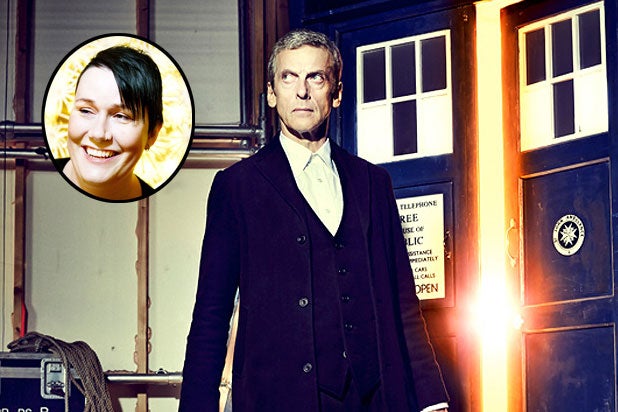 “Doctor Who” has cast its first transgender performer in the British sci-fi series’ 52-year history.

Bethany Black, of Lancashire, England, will appear in the upcoming Season 9 of the revived run of the classic show when it premieres on BBC America on Sept. 19, the actress confirmed on Facebook.

Black, 36, is set to play a non-transgender character in an episode written by Mark Gatiss.

The standup comedian currently appears on Channel 4 series “Cucumber” in the U.K., and sister series “Banana,” which were created by former “Doctor Who” showrunner Russell T. Davies.

“Ever since I was little, I mean tiny, the TV has been my best friend. Growing up as a queer kid in rural Lancashire in the early 80’s That and my Commodore 64 were my only escape,” Black wrote on Facebook. “I watched everything, but especially ‘Doctor Who.’

“My earliest TV memory was Peter Davison in ‘Doctor Who’ in ‘Four to Doomsday,’ I remember running into the lounge, running away from the music, running back in and hiding behind the couch, leaving when it got too much,” Black said, adding that it was “a gig of a lifetime.”

“Doctor Who” first aired in Britain in 1963 with William Hartnell playing the space-traveling Time Lord. It was relaunched in 2005 after a long hiatus with Christopher Eccleston in the lead role, which is currently played by Peter Capaldi with  Jenna Coleman playing his adventurous companion.

Watch the trailer for Season 9 below.