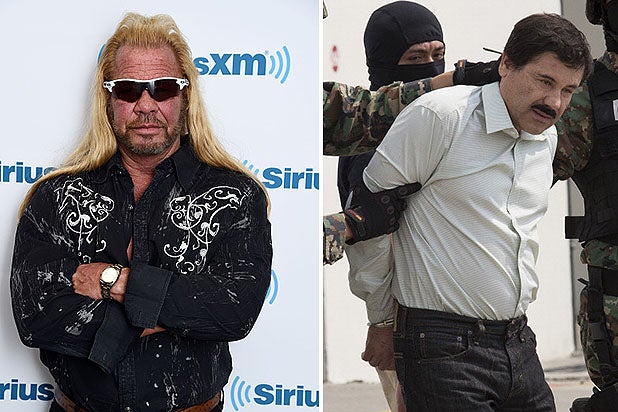 The famous bounty hunter, who stars on CMT’s “Dog and Beth: On The Hunt,” says “El Chapo” is a little too slippery and surrounded by muscle for his tastes.

“He probably would be out of my league,” Chapman told FOX411. “In order to take him down, number one, you better have a fully automatic weapon. With my weapon, you have to get really close to him — and you couldn’t get that close to him because he probably has five or six guys with him at all times. “

Guzman escaped from a high-security Mexican prison on July 11, 2015, through a mile-long tunnel that opened under the shower in his cell.

It was his second prison break after first escaping in 2001. He was finally caught in February 2014, but managed to slip away again.

Guzman is likely hiding south of the border where bounty hunting is illegal, Chapman told Fox 411.

“I have learned to stay in my own country,” he said, referring to his own arrest in 2003 after capturing convicted American rapist Andrew Luster in Puerto Vallarta.

“You can’t even talk about arresting a guy in Mexico.”