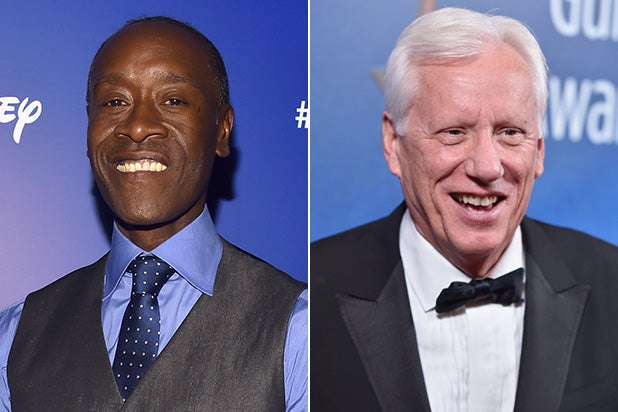 Tamblyn tweeted on Monday that the Republican actor tried to pick her up when she was a teenager, interjecting into a Twitter spat between Woods and Armie Hammer over Hammer’s film “Call Me By Your Name,” which centers on a 17-year-old’s gay romance with a 24-year-old.

Also Read: Amber Tamblyn Says James Woods Tried to Pick Her Up When She Was 16

Woods called the Hammer plot “illegal” and the Tamblyn accusation “a lie.”

James Woods tried to pick me and my friend up at a restaurant once. He wanted to take us to Vegas. "I'm 16" I said. "Even better" he said.

The first is illegal. The second is a lie. https://t.co/0jD1dvtInC

Tamblyn responded to Hammer, who was himself calling out Woods for dating someone much younger when he was 66 — he dated 20-year-old Kristen Bauguess in 2013. This all stemmed from Woods’ initial tweet about “Call Me By Your Name,” in which he said the movie was “quietly chip[ping] away the last barriers of decency.”

The debacle got picked up by news outlets, which prompted Tamblyn to say “Life comes at you fast, James” in response.

One user doubled down on Cheadle’s Jeopardy metaphor, which prompted Cheadle to issue another statement. “He tried lying about it to silence her. Didn’t work.”

@ambertamblyn bullshit lies to silence someone you didn't like is the daily double.

Yeah. He tried lying about it to silence her. Didn't work. https://t.co/2BDYQxhCug

People are popping up in both Cheadle and Tamblyn’s mentions to support the two celebrities — and dish it out at Woods.

“Who should I believe? The woman with no reason to lie, or the 60 year old who dated a 19 year old? Choices… choices…” wrote one user.

“Love she exposed what so many know. Drag him,” wrote another.

Woods, on the other hand, responded to Tamblyn’s accusations defensively, calling them a lie. He then went on a tirade about liberals.

Somebody told me the libs are yelping. Troll traffic is up. I don't pay any attention really. I like Armie Hammer as an actor though. A lot. https://t.co/okSCVKeAnj