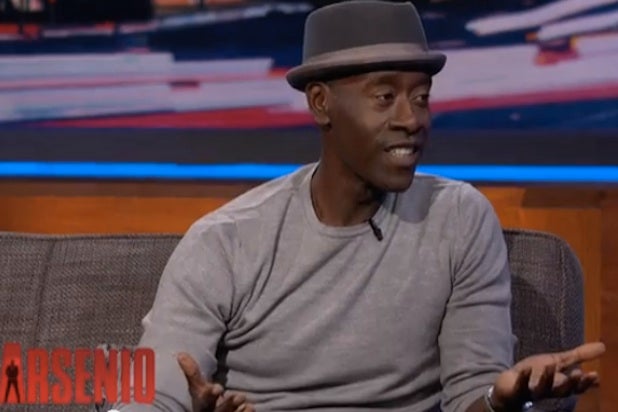 Marvel will try to take you out if you reveal the secrets of their upcoming comic book blockbusters.

Don Cheadle learned this on “The Arsenio Hall Show” Friday as he was on to promote his Showtime comedy “House of Lies.”

“I can’t really talk about it,” Cheadle demurred.

“I don’t want nobody to put out a hit on you or nothing,” Hall joked.

“I don’t want it either — Marvel is kind of secretive,” Cheadle explained. “There’s one big secret I’ll tell you about…”

All of a sudden — hilariously — Disney’s secret hitmen sprung into action, making Arsenio try to change the subject.