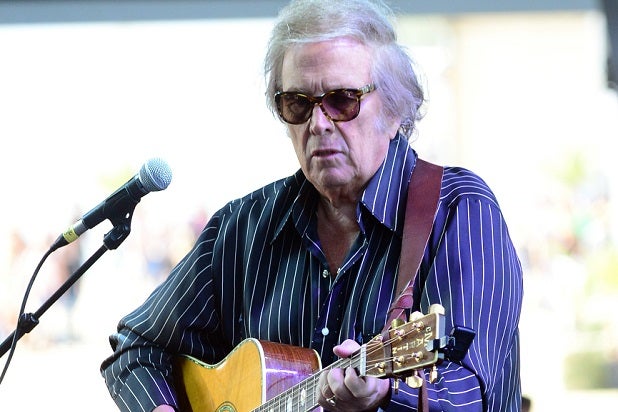 Don McLean can say “bye, bye” to the threat of jail time.

“American Pie” singer McLean pleaded guilty to domestic violence on Thursday, in a deal that will keep him out of the pokey, the Hartford Courant reports.

McLean’s lawyer said that the singer will only have to pay a $3,000 fine if he manages to keep his nose clean for a year.

The 70-year-old singer was arrested for domestic violence in January by police in Camden, Maine.

McLean addressed the situation shortly thereafter on Twitter, calling it “the very painful breakdown of an almost 30-year relationship.”

“This last year and especially now have been hard emotional times for my wife my children and me,” McLean wrote. “What is occurring is the very painful breakdown of an almost 30-year relationship.”

Also Read: Don McLean on Domestic Violence Arrest: 'I Am Not a Villain'

McLean’s wife Patrisha filed for divorce in March. In a statement, Patrisha’s attorney said that the January incident was “one of the many abusive episodes resulting from his rage and controlling behavior throughout the marriage.”