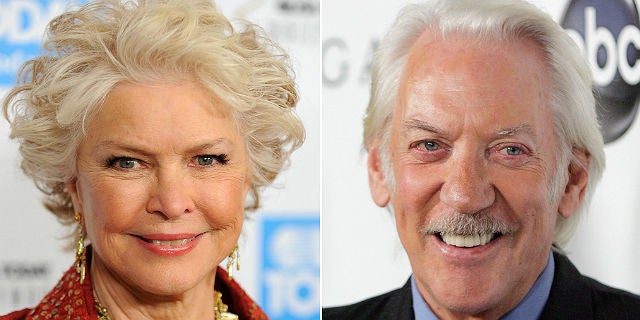 Donald Sutherland and Ellen Burstyn have joined the cast of “The Calling,” a thriller that began production last week, according to an individual with knowledge of the project.

Gil Bellows, who recently wrapped the JFK drama "Parkland," also joins stars Topher Grace and Susan Sarandon in the film, which follows a Canadian detective (Sarandon) tracking down a serial killer with the help of a police officer (Grace).

Jason Stone is directing an adaptation of Inger Ash Wolfe’s novel by Scott Abramovitch, who is also producing along with Randy Manis, Lonny Dubrofsky of Breaking Ball Films and Nicholas Tabarrok of Darius Films. Jonathan Bronfman of JoBro Productions and Christine Vachon of Killer films are executive producing.

Sarandon is currently starring on the big screen alongside Robert Redford in "The Company You Keep." She last appeared in Ric Roman Waugh’s “Snitch” as a callous and ambitious attorney and will next shoot “Tammy,” the directorial debut of Melissa McCarthy and her husband Ben Falcone. Grace will next appear in Justin Zackham's "The Big Wedding." ICM Partners represents both actors.