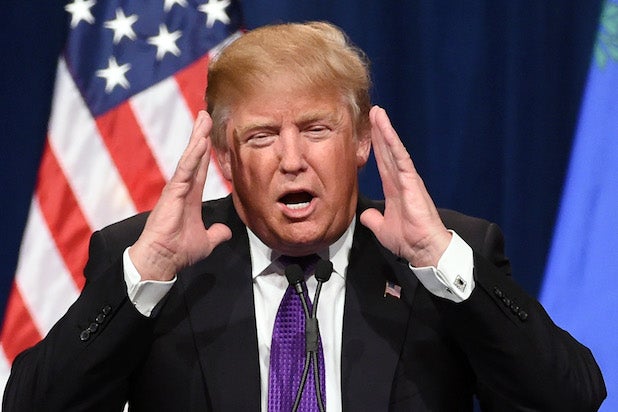 Trump has the worst financial and organizational disadvantage of any major party nominee in recent history, according to The New York Times.

Also Read: Hope Hicks: Who Is the Press-Shy Spokesperson for Donald Trump?

The difference in available funds is already starting to show.

Trump’s staff is roughly 70 people, while Clinton employs nearly 700. Clinton and her allies spent nearly $26 million on advertising in June alone and Trump has not aired a television since May.

Trump raised just $3.1 million in May and was forced to contribute $2 million of his personal money. He’s looking to turn the situation around and will appear at a fundraiser in New York City hosted by Wall Street power players on Tuesday.

The presumptive GOP nominee often mentions that he’s self-funding his campaign. On Monday, the Trump campaign fired its manager, Corey Lewandowski, who immediately went on CNN to defend his former boss.

“We are leaner, meaner, more efficient, more effective. Get bigger crowds. Get better coverage,” Lewandowski said. “If this was the business world, people would be commending Mr. Trump for the way he’s run this campaign.”

The Trump campaign has issued a statement regarding the situation.

“The month of June represents the first full month of fundraising activity for the campaign and this will be reflected in the June FEC report. The campaign held its first campaign fundraising event on May 25th, 2016. To date, the campaign’s fundraising has been incredible and we continue to see a tremendous outpouring of support for Mr. Trump and money to the Republican Party. The positive response to our fundraising efforts so far is a further indication that the country does not want yet another corrupt politician like Crooked Hillary,” the statement said. “If need be, there could be unlimited ‘cash on hand’ as I would put up my own money, as I have already done through the primaries, spending over $50 million dollars. Our campaign is leaner and more efficient, like our government should be.”