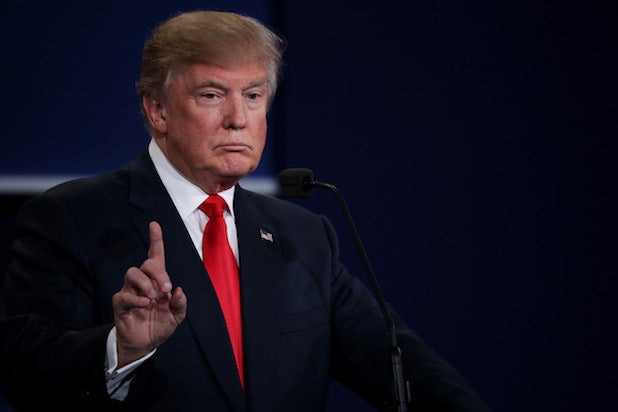 Yet another woman has come forward alleging sexual misconduct against Donald Trump.

During a press conference Thursday, Karena Virginia claimed that Trump “touched the right side of my breast” at the U.S. Open in 1998, then asked her, “Don’t you know who I am?”

“I was in shock,” Virginia recalled, according to People.

Virginia, who was accompanied by attorney Gloria Allred at the New York press conference, also claimed that Trump spoke of her as if she was an “object.”

“He said, ‘Hey, look at this one. We haven’t seen this one before. Look at those legs’ as if I was an object rather than a person,” Virginia told reporters.

Virginia is the latest in a string of people who have accused Trump of inappropriate behavior toward women. Last week, Summer Zervos, a former contestant on “The Apprentice,” which Trump hosted, claimed that Trump invited her to the Beverly Hills Hotel in 2007, then kissed her “very aggressively,” placed his hand on her breast and thrust his genitals.

“He then grabbed my shoulder and began kissing me again very aggressively and placed his hand on my breast,” Zervos said. “I pulled back and walked to another part of the room. He then walked up, he grabbed my hand and walked me into the bedroom. I walked out.”

Trump has denied Zervos’ claims and similar allegations made by other women.