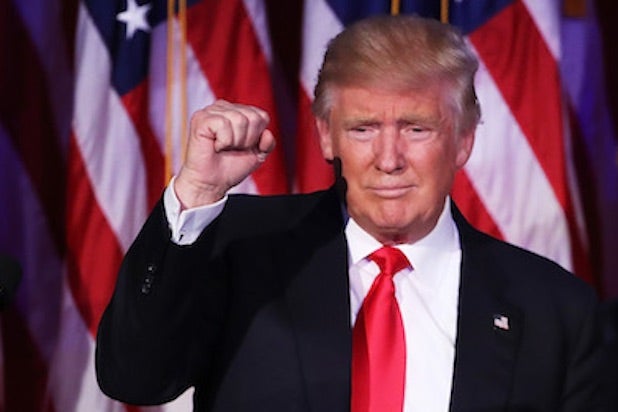 President-elect Donald Trump woke up on Tuesday morning and fired off a tweet stating people who burn the American flag should face severe consequences, even though flag burning is protected under the First Amendment.

Nobody should be allowed to burn the American flag – if they do, there must be consequences – perhaps loss of citizenship or year in jail!

The tweet is presumably a response to Hampshire college students burning flags as a way of protesting the election results.

“Flag burning is completely ridiculous and I think you know that. I think the vast majority of Americans would agree,” Miller said before CNN’s Chris Cuomo chimed in, “But legal.”

Miller continued, “It’s completely ridiculous and I don’t think there is a big group of people out there who support flag burning. It’s terrible. It’s despicable.”

Cuomo asked, “It is a protected Constitutional right. Can we agree on that?”

“It absolutely should be illegal,” Miller said.

Just last night, Trump took to Twitter to mock a CNN reporter for calling him a “sore winner.”

.@CNN is so embarrassed by their total (100%) support of Hillary Clinton, and yet her loss in a landslide, that they don't know what to do.

It should be noted, Trump has been accused of picking fights on Twitter to distract people from stories that make him look bad. His criticisms of the “Hamilton” cast, for example, came just after he settled a fraud lawsuit against his Trump University for $25 million.