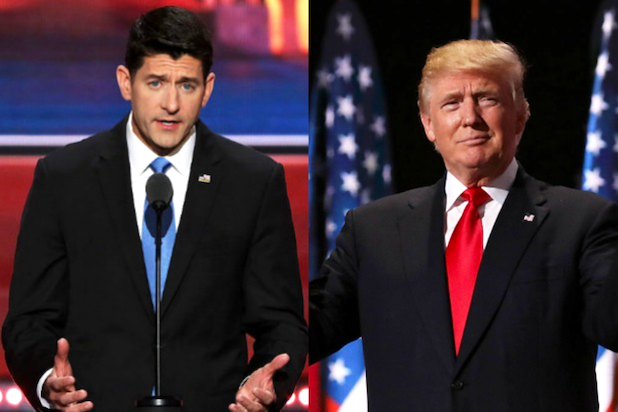 Three days after Donald Trump told The Washington Post he was “not quite there yet” when it comes to backing House Speaker Paul Ryan, the Republican presidential nominee reversed course late Friday and announced his support.

“In our shared mission to make America great again, I support and endorse our Speaker of the House Paul Ryan,” said Trump, who also endorsed New Hampshire Senator Kelly Ayotte and Arizona Senator John McCain, which he also held off on doing.

The GOP nominee was trying to mend a days-long rift within the party after a week plagued with controversies that threatened his campaign. Trump’s refusal to endorse Ryan earlier this week — while using Ryan’s own words ― was seen as payback for Ryan saying he wasn’t ready to endorse Trump.

Ryan — who is facing a challenge from Paul Nehlen in Wisconsin’s primary on Tuesday — brushed off the diss, insisting that, “neither Speaker Ryan nor anyone on his team has ever asked for Donald Trump’s endorsement.”