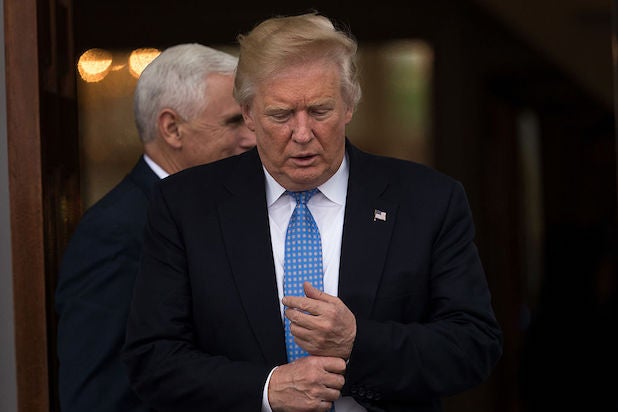 Christine Pelosi and a group of other electors penned an open letter to national intelligence director James Clapper demanding more information regarding Russia’s involvement with election interference ahead of the Electoral College vote on Dec. 19.

The letter, posted on Medium, states that the “United States intelligence community has now concluded with ‘high confidence’ that a foreign power, namely Russia, acted covertly to interfere in the presidential campaign with the intent of promoting Donald Trump’s candidacy.”

The electors continued: “Confirmed communication between Trump’s aides and those associated with the Russian election interference activity raise serious concerns that must be addressed before we cast our votes.”

“The Electors require to know from the intelligence community whether there are ongoing investigations into ties between Donald Trump, his campaign or associates, and Russian government interference in the election, the scope of those investigations, how far those investigations may have reached, and who was involved in those investigations,” the letter said. “We further require a briefing on all investigative findings, as these matters directly impact the core factors in our deliberations of whether Mr. Trump is fit to serve as President of the United States.”

The letter said, “Electors will separately require from Donald Trump conclusive evidence that he and his staff and advisors did not accept Russian interference, or otherwise collaborate during the campaign, and conclusive disavowal and repudiation of such collaboration and interference going forward.”

Meanwhile, Trump thinks the CIA’s conclusion that Russia intervened to help him win the election is just “another excuse.”

Trump sat down with Chris Wallace on “Fox News Sunday” for an interview that was taped on Saturday afternoon. He didn’t hold back when Wallace asked about the recent CIA claim that Russia interfered with the presidential election.

“I think it’s ridiculous,” Trump said. “I don’t believe it. I don’t know why and I think it’s just, you know, they talked about all sorts of things. Every week it’s another excuse. We had a massive landslide victory, as you know, in the Electoral College … No I don’t believe that at all.”

Clinton’s top political adviser John Podesta said he supports the members of the Electoral College who signed the letter.