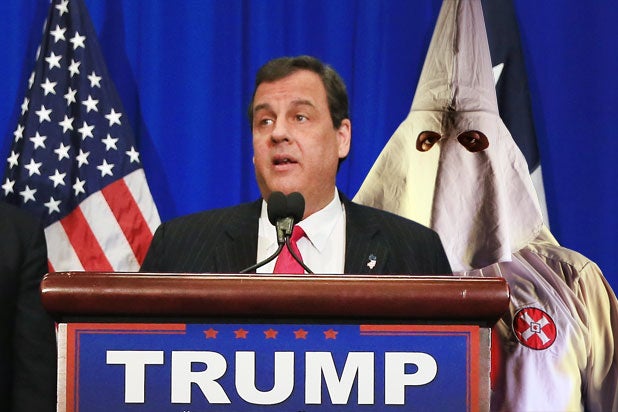 Following Chris Christie’s endorsement of Donald Trump, the New York Daily News put the New Jersey governor in league with the Ku Klux Klan on the front page of its Saturday edition.

Headlined, “Man With a Klan,” the newspaper’s cover explains the association between Christie and the hate group in its subtitle: “Just days after ex-KKK leader urges haters to vote for Donald, Christie endorses him.”

While Duke admitted Trump’s proposals could be a political ploy to win the Republican nomination, he agreed with the real estate mogul’s policies aimed at mass deportation of undocumented immigrants, calling him “the best of the lot” among a crowded GOP primary field.

After complaining about the “Jewish domination” of the media, Duke said Trump is telling it like it is. “Trump, he’s really going all out. He’s saying what no other Republicans have said, few conservatives say.”

A day later, Christie convened a press conference in Forth Worth, Texas, to formally endorse Trump’s candidacy, saying, “I am proud to be here to endorse Donald Trump for president of the United States.”

Christie, previously a candidate in the 2016 election, ended his campaign on Feb. 10. 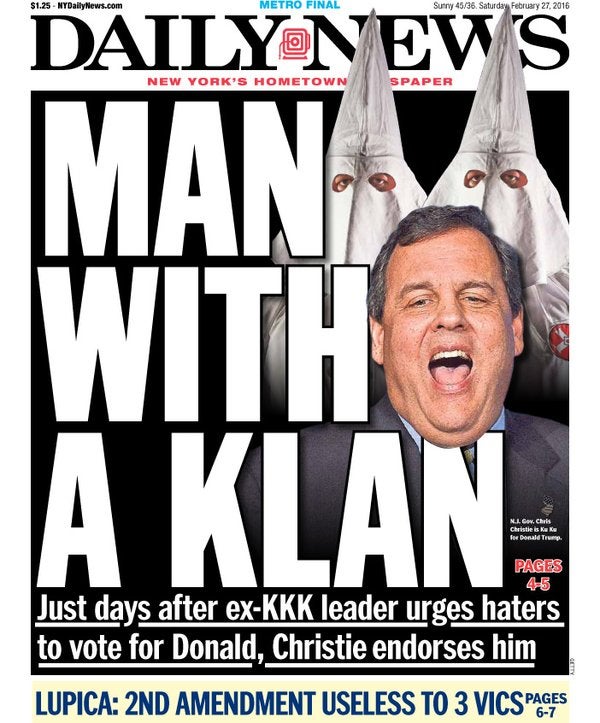