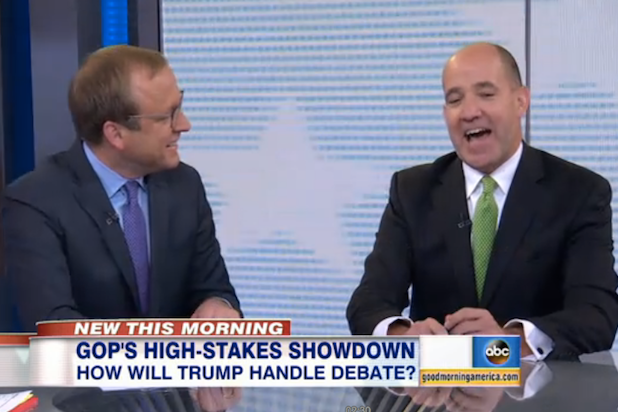 “He makes me smile, watching him yesterday, it’s like a guy with Iowa electile dysfunction,” Dowd said about Trump’s sliding poll numbers, which recently saw him fall to second place in the crucial first voting state behind Dr. Ben Carson.

He added that Trump is trying to give Iowa voters “polling Viagra” in order to boost those numbers.

A giggling Stephanopoulos responded with the obvious: “You just wanted to get that Viagra line in.”