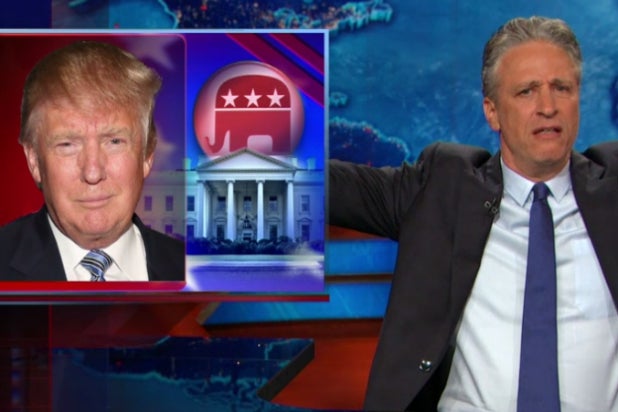 Jon Stewart lambasted the media on Wednesday’s “Daily Show” for continued overcoverage of Donald Trump, though the Comedy Central host admitted to somewhat getting off on the circus a bit himself.

“Not enough to stop you from doing it entirely, but enough to slow you down a bit,” the comedian added.

This “Trump-gazing” has caused us to miss actual important breaking events, such as the recent nuclear deal with Iran, he said.