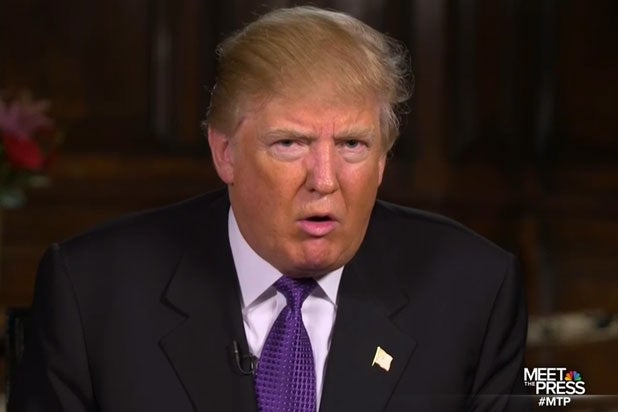 During an appearance on NBC’s “Meet the Press” on Sunday, Donald Trump attempted to clarify comments he made 14 years ago concerning his support for the Iraq War, saying, “who knows what was in my head.”

Referencing an interview with Howard Stern in 2002, in which the real estate mogul expressed moderate support for the Iraq War, he told NBC News’ Chuck Todd, “I really don’t even know what I mean because that was a long time ago and who knows what was in my head.”

During the Stern appearance, Trump responded to a question about whether or not he supported the Iraq War, by saying, “Yeah, I guess so. Um, you know, I wish the first time it was done correctly.”

“I think that it wasn’t done correctly in retrospect,” he told Todd on Sunday. “It shouldn’t have been done at all. It was sort of, you now, it was just done. We dropped bombs.”

Trump won the South Carolina Republican primary on Saturday, cementing his position as the party’s frontrunner following his decisive win in New Hampshire.

Trump’s victory is expected to add momentum to his campaign, as the billionaire heads into Nevada’s GOP caucus on Tuesday and 13 other states hold Super Tuesday primaries on Mar. 1.