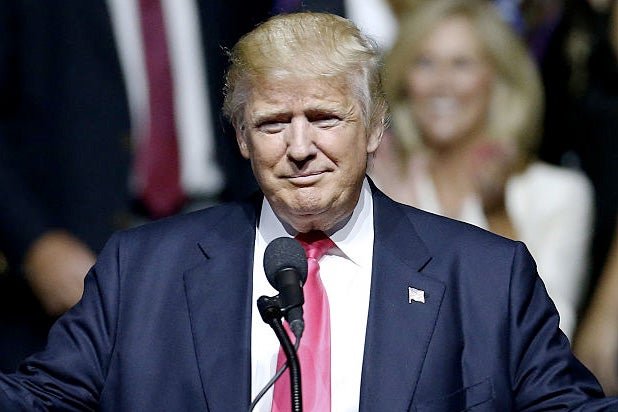 If this whole politics thing doesn’t work out for Donald Trump, he might just have a backup career waiting for him: romantic-comedy leading man.

As GOP nominee Trump attempts to sway American voters to put him in the White House, the Twitterati rose up to offer an alternative path for Trump, via the hashtag #TrumpRomCom, launched Wednesday by the National Lampoon with its partner @HashtagRoundup.

The suggestions, playing off of previous romantic comedies, offered various commentaries on the entrepreneur-turned-candidate.

“50 First Wives,” went another dig at the thrice-married candidate.

“There’s Something About My Daughter,” suggested another wag, in a possible reference to Trump’s questionable comments about his daughter Ivanka.

Some entries deviated from the format, exploring other movie genres for the sake of an easy jab.

“Looking for an African-American Friend for the End of the World,” suggested another, playing off of Trump’s strained relationship with black voters.

#TrumpRomCom There’s Something About My Daughter

I know exactly What Women Want, believe me. #TrumpRomCom

10 Things I Hate About Refugees #TrumpRomCom

#TrumpRomCom When a Man Loves Displaying a Woman on His Piano pic.twitter.com/q4NESJePbN