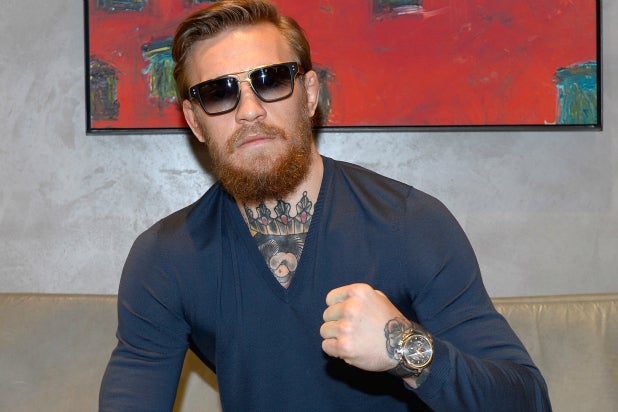 “It’s easy for someone that’s not in there to comment, but it’s different when you’re in there. The emotions are high,” McGregor told TMZ in an airport ambush. “So, it is what it is. You either want to touch gloves or you don’t. That means nothing, so Donald can shut his big, fat mouth.

“I don’t give a fuck about Donald Trump,” he concluded.

Below is Trump’s tweet after Rousey’s loss. Like many — including Lady Gaga — the reality star-turned-politician criticized the fighter for refusing to touch gloves with Holm before the bell.