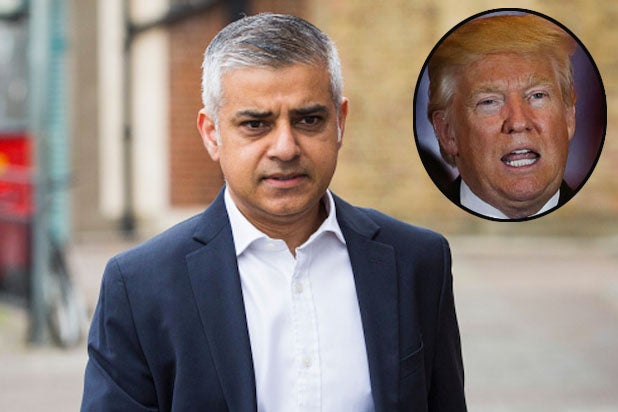 Every rule can be broken, especially by the man who hopes to make it.

On Monday, the GOP presidential candidate said he was “happy” that Britain’s capital city had elected its first Muslim mayor.

“There will always be exceptions,” Trump said when asked in an interview about how his proposed ban would affect the new official, The New York Times reported.

“I was happy to see that,” Trump continued, in regards to Khan’s election on Friday. “I think it’s a very good thing, and I hope he does a very good job because frankly that would be very, very good.”

Khan, a 45-year-old British politician who is the son of Pakistani immigrants, isn’t so positive about the prospect of Trump becoming POTUS.

“I want to go to America to meet with and engage with American mayors,” Khan told Time magazine. “If Donald Trump becomes the president, I’ll be stopped from going there by virtue of my faith.”

Presumptive GOP nominee Trump has said he would ban Muslims from coming to America until “our country’s representatives can figure out what is going on.”

Back in December, Trump called for a “total and complete shutdown of Muslims entering the United States” because “there is great hatred towards Americans by large segments of the Muslim population.”

Also Read: Donald Trump to CNN: 'You Should Congratulate Me' (Video)

“Clearly [I’ll visit] before January in case Donald Trump wins,” Khan said. “I’m confident that Donald Trump’s approach to politics won’t win in America.” He added that Trump’s strategy of turning “communities against each other is not conducive to living successfully and amicably.”