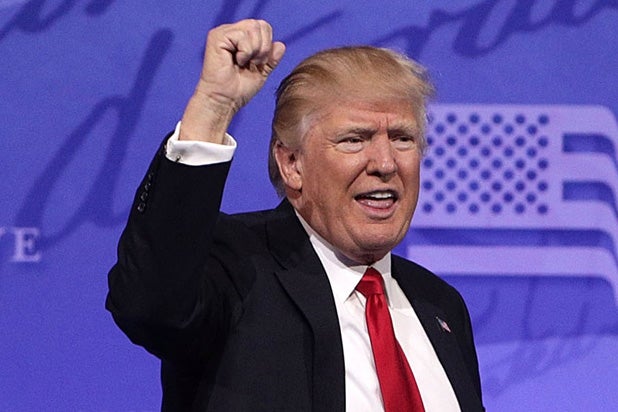 President Donald Trump will not attend the White House Correspondents’ Association Dinner but the event will go on without him.

Trump tweeted on Saturday, “I will not be attending the White House Correspondents’ Association Dinner this year. Please wish everyone well and have a great evening!”

I will not be attending the White House Correspondents' Association Dinner this year. Please wish everyone well and have a great evening!

Trump isn’t the first president to miss the event. Richard Nixon skipped the dinner in 1972, Jimmy Carter missed it in 1978 and Ronald Reagan missed it while recovering from an assassination attempt in 1981.

Reuters correspondent and WHCA president Jeff Mason responded to Trump via Twitter, saying that the association “takes note” of Trump’s plan to break a 30-year tradition of the sitting president attending the event.

In recent years, the so-called “nerd prom” has become a showcase and lightning rod for pointed political satire for a rotating line-up of comedians. Trump famously took the brunt of President Obama’s joke at event in 2011. Trump never cracked a smile and many people feel Obama’s comments motivated him to run for office.

On Friday, Reporters from CNN, the New York Times, Politico and a variety of other major news organizations were blocked from attending the White House press briefing. Journalists from other outlets, including Time magazine and the Associated Press, boycotted the briefing to protest the exclusion of other media.

The White House Correspondents’ Association tweeted about the situation, “The WHCA board is protesting strongly against how today’s gaggle is being handled by the White House.”

On Thursday at CPAC, White House chief strategist Steve Bannon damned the media for how it “portrayed the campaign, how they portrayed the transition and now they’re portraying the administration.”

Trump continued his habit of echoing Bannon’s rhetoric when it comes to dealing with the media, which Bannon calls the “opposition party” on a regular basis, when he delivered his own speech at the event.

Trump said that the “dishonest” media claims the administration can’t criticize coverage because of the First Amendment.