If you hang around with the boogeyman long enough, he stops boogying, and turns back into a man. At least, that’s the theory that Rodo Sayagues’ “Don’t Breathe 2” seems desperate to prove, despite an overwhelming lack of evidence to the contrary. “Don’t Breathe 2” may not be the first horror movie sequel to try to transform the monster into an antihero, but it’s hard to think of another one that whiffs it this hard.

The original “Don’t Breathe,” co-written by Sayagues and director Fede Alvarez, was a violent and mean-spirited horror thriller about a group of teenaged thieves who break into a rich blind man’s house, only to discover what he’s hiding isn’t money. As played by Stephen Lang, the former Navy SEAL Norman Nordstrom was a grotesquely violent kidnapper, murderer, and much, much worse, whose motives did nothing to excuse his evil. Nordstrom’s backstory — in which his daughter died, and he went to unthinkable lengths to replace her — gave shape to his wickedness without making him sympathetic.

So it’s beyond bizarre that “Don’t Breathe 2” is the irredeemable Norman Nordstrom’s redemption arc. Although this follow-up acknowledges the horrors of Nordstrom’s past, every creative decision is expressly designed to make him look better by comparison. Sure, Sayagues seems to argue, this man has committed murder, kidnapping, sexual assault, and a few other crimes so horrific that I don’t even want to Google-search the right name for them, but at least he’s not as evil as those OTHER guys, right? Right? 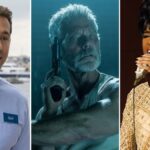 Well, no, not really. “Don’t Breathe 2” begins eight years after the original, with Nordstrom living with an 11-year-old girl named Phoenix (first-timer Madelyn Grace), who thinks he’s her father. Nordstrom teaches Phoenix survival skills but refuses to let her go outside into the city more than once a month, and he’s made her paranoid to talk to other children. If we didn’t know better, we’d think she’d been kidnapped.

Nordstrom isn’t Detroit’s only villain in Sayagues’ sequel. There’s also an organ harvester on the loose in the city, so when a group of former military goons break into the house and target Phoenix, “Don’t Breathe 2” expects us to accept that Nordstrom is the lesser of two evils and to revel in his brutal executions of the aggressors. 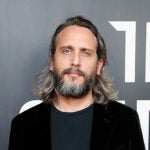 Sayagues brings some of the flair from Alvarez’s original “Don’t Breathe,” courtesy of returning cinematographer Pedro Luque, with long and complicated shots of the Nordstrom house that show off the film’s intricate set design. There are moments, framings, and lighting schemes in “Don’t Breathe 2” that are as unpleasant and unsettling, in the best possible way, as the original. If they weren’t trapped in a most unfortunate plot, they would have made the movie.

Sadly, the more this sequel progresses, the less sense it makes, both logically and emotionally. The twists of the plot are briefly intriguing, until you realize that the new developments make all the old developments nonsensical. Characters who, it turns out, the villains need alive have already been nearly killed by those same villains for… reasons, apparently. Even the motive for all these armed goons to assist in the villain’s central, diabolical scheme is that, apparently, they think only one person in the country is capable of cooking meth.

And as their leader Raylan (Brendan Sexton III) gradually reveals the depths of his plan, all the film’s most emotional scenes unravel. Long speeches, loving moments, meaningful reunifications turn out to serve only one function: to provide exposition. The film includes many scenes purely for the sake of the audience, in the hopes that the worse these other characters look, the more willing we are to root for a mass murderer, even though they’re guilty of the exact same atrocities — kidnapping, murder, and using human bodies for their own selfish harvesting. 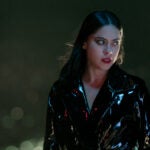 And yet, “Don’t Breathe 2” doesn’t argue that both Nordstrom and Raylan are equals. In the end, the film easily picks a side and suggests that, since Nordstrom feels really bad about what he’s done, he’s not really all that bad. But there’s a limit to how much an audience is willing to forgive, even in the horror genre. Some crimes are more despicable than others, and Nordstrom has committed a lot of those crimes before the curtain even rises on “Don’t Breathe 2,” so the film has to bend over backwards to make him seem even quasi-redeemable. And in the process, it breaks.

All of the film’s most baffling, distancing decisions stem from a single, central drive: to find some way to redeem, or at least forgive, the monster these filmmakers created. But what’s really fascinating is that Sayagues and Alvarez took that approach in the first place instead of allowing their monster to simply remain a monster. Instead of coming to terms with Nordstrom’s villainy, Sayagues searches for evidence of his decency. And the best they can do is find other, debatably worse bad guys for Nordstrom to kill, even as he uses his one human characteristic, his desire to be a good father, as an all-encompassing and selfish excuse to commit violent crimes.

“Don’t Breathe 2” doesn’t feel like a natural extension of the original, and taking the film on its own terms, so that Nordstrom’s previous crimes can be glossed over, seems irresponsible. The sequel is a clunky home-invasion thriller with some fine performances — Lang and Grace are strong together, and Sexton is a creepy presence — and excellent camerawork, but it seems more like the filmmakers wanted to purge their creation of its wickedness than tell a story about that wickedness which makes sense. Or that satisfies.