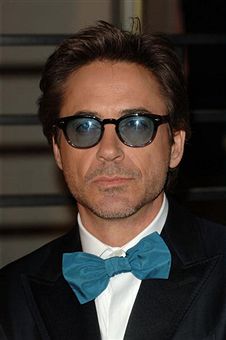 (Update 6:30 p.m. PST: Robert Downey Jr.’s representation at CAA denied through his publicist that the actor is considering the project.)

Now that he’s been freed from his directorial duties on the indefinitely delayed "Bond 23," Oscar winner Sam Mendes is the front-runner to direct Disney’s "Wizard of Oz" prequel "Oz The Great And Powerful," which has Robert Downey Jr. circling the lead role, according to Production Weekly‘s busy Twitter account.

The L.A. Times actually broke the news about the Joe Roth-produced project in March, while Perez Hilton reported last Friday that Disney was hoping to cast Downey Jr. or Roth’s "Alice in Wonderland" star Johnny Depp, with Oscar-nominated filmmaker Baz Luhrmann mentioned as a possibility to direct.

Downey Jr. would play The Wizard, a charlatan from Kansas who is part of a traveling circus. The film will follow the character on a similar odyssey as Dorothy when he mysteriously lands in Oz, and explore how he comes to sit behind the curtain.

Previously titled "Brick," (as in ‘Yellow Brick Road’) the original script was written by Mitchell Kapner ("The Whole Nine Yards") and will be based on pieces from several of L. Frank Baum’s "Oz" books.

Baum’s 14 "Oz" books, and the 8 books set in the Land of Oz that were written by other authors based on Baum’s characters, provide the perfect template for a family-friendly franchise led by a young female protagonist, which are in vogue thanks to the blockbuster success of "Twilight" and "Alice in Wonderland."

Warner Bros. has two "Wizard of Oz" projects in development; the Darren Lemke-scripted "Oz" that’s set up at New Line with Temple Hill ("Twilight") producing, and a project written by Oscar-nominated writer Josh Olson ("A History of Violence") that concerns one of Dorothy’s granddaughters who returns to Oz to fight evil. Meanwhile, Universal is developing a feature film adaptation of Gregory Maguire’s "Wicked" with "Wanted" producer Marc Platt.