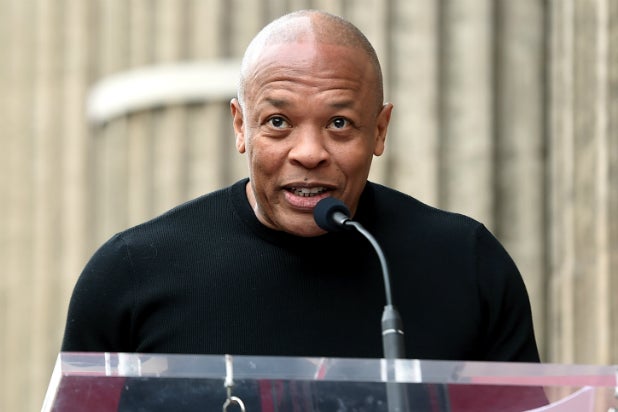 Dr. Dre probably didn’t think his latest Instagram post through too well. The rapper and super-producer deleted a picture on his Instagram page this weekend that was half bragging and half ragging on Lori Loughlin, Felicity Huffman and the others entangled in the college admissions scandal.

“My daughter got accepted into USC all on her own,” Dre captioned a photo of him and his college-bound daughter posing with her acceptance letter. “No jail time!!!”

See a screen grab of it below.

Dr. Dre on Instagram: “My daughter got accepted into USC all on her own. No jail time!!!” pic.twitter.com/sU6sLIZdfQ

There was just one little problem with that boast — one that was very quickly brought to Dre’s and the public’s attention in a flurry of social media jokes.

In May 2013, Dre and his Beats Electronics partner Jimmy Iovine donated $70 million to USC, creating the USC Jimmy Iovine and Andre Young Academy for Arts, Technology and the Business of Innovation. The undergraduate academy is intended to target students whose interests span the fields of marketing, business entrepreneurship, computer science and engineering, audio and visual design, and the arts, per USC News’ coverage at the time.

So yes, it’s true, it does not appear that Dre bribed anyone as Loughlin and others are accused of doing — but he definitely built an entire building for the University of Southern California.

Loughlin and Huffman both face charges of “conspiracy to commit mail fraud and honest services mail fraud.” If convicted, they could each face up to five years in prison.

The case prompted Hallmark Channel to cut its ties with Loughlin last week.