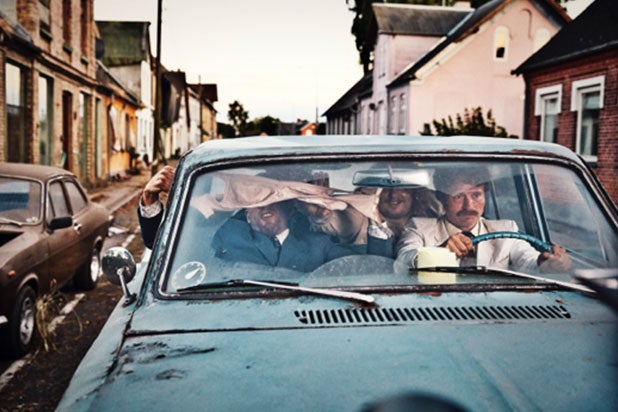 Drafthouse Films has acquired the North American distribution rights to Mads Mikkelsen comedy “Men and Chicken,” the company announced on Thursday following its premiere at the Toronto International Film Festival.

The Danish film was written and directed by Anders Thomas Jensen (“Flickering Lights”), who is working on Sony’s adaptation of Stephen King‘s “The Dark Tower.”

“We’ve loved Anders’ work since we first saw ‘Flickering Lights,'” said Drafthouse Films COO James Emanuel Shapiro. “And ‘Adam’s Apples’ is one of the big reasons why Fantastic Fest exists. Its exciting as a fan to work with him on his latest film.”

Fantastic Fest, a division of the Alamo Drafthouse Cinemas family, is the largest international genre film festival in the United States, and will present the US premiere of “Men & Chicken” later this month.

David Dencik (“Spy”) co-stars with Mikkelsen (“Hannibal”) in the film about two brothers who meet their long-lost family and then discover a horrible truth about themselves. Soren Malling, Nicolaj Lie Kaas and Nicholas Bro co-star in the film recently announced to be on Denmark’s shortlist for the Best Foreign Language category at at the 2016 Oscars.

“Men and Chicken” will open in limited theatrical release across North America in 2016.

The deal was negotiated by Natja Noviani Rosner from LevelK and Shapiro of Drafthouse Films.