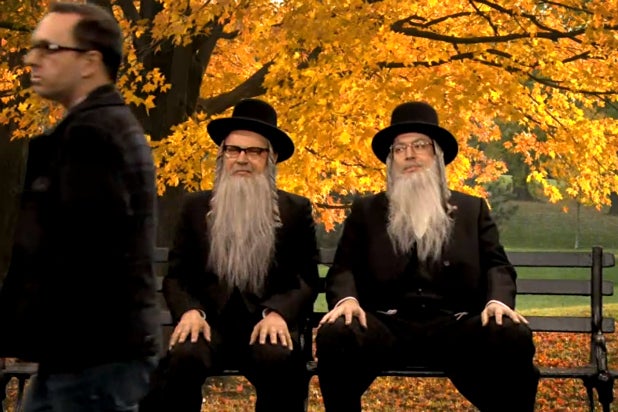 The Robertson family’s entire hit A&E reality show is actually a rip-off of something Crystal did years earlier, “Schmuck Dynasty,” the comedian told Fallon. Naturally, the late night show had a clip to roll.

“Schmuck Dynasty” sees Crystal and Fallon sitting on a park bench, in full Orthodox Jewish garb, calling passers-by “schmucks” under their breath. Until Fallon breaks out the schmuck call — that’s pretty loud. And that’s pretty much it.

It probably took the two comedians longer to get in costume than to shoot the brief spoof.