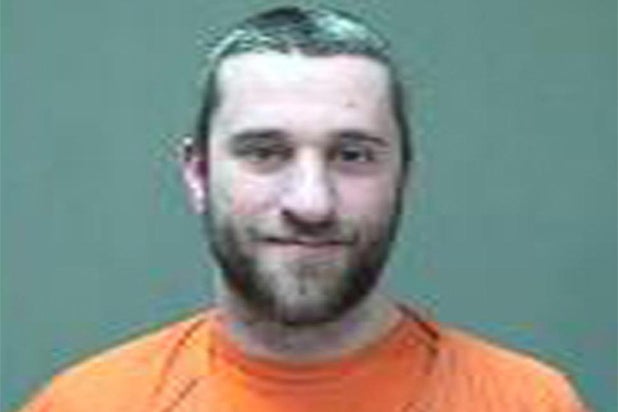 No bell in the world could save Dustin Diamond from being convicted of two misdemeanors for his role in a bar room fight in Wisconsin, though the former “Saved By the Bell” star was found not guilty of a more serious felony.

A jury found the 38-year-old actor guilty of carrying a concealed weapon (Maximum Sentence: 9 months) and disorderly conduct (MS: 90 days), while he was found not guilty of recklessly endangering public safety.

Diamond found himself in legal trouble last year after stabbing a fellow patron at a bar on Christmas Day, though he claimed he never intended to hurt anyone. He testified that rowdy fans punched his girlfriend in the face and he wanted to scare them with his pocketknife. He used the weapon on 25-year-old Casey Smet, testified that he didn’t even know he had been stabbed until later in the evening, indicating the seriousness — or lack thereof — of the injury.

Also Read: 'Saved by the Bell' Star Dustin Diamond at Stabbing Trial: 'I Figured It Would Take the Fight Out of the People'

Diamond’s girlfriend, Amanda Schutz, was also convicted on a misdemeanor charge for disorderly conduct, and she also faces a maximum sentence of 90 days in jail. The judge did not set a sentencing date for Diamond or Schutz, though neither are expected to serve their maximum sentences.

Diamond declined to comment to the media following his Friday night conviction.