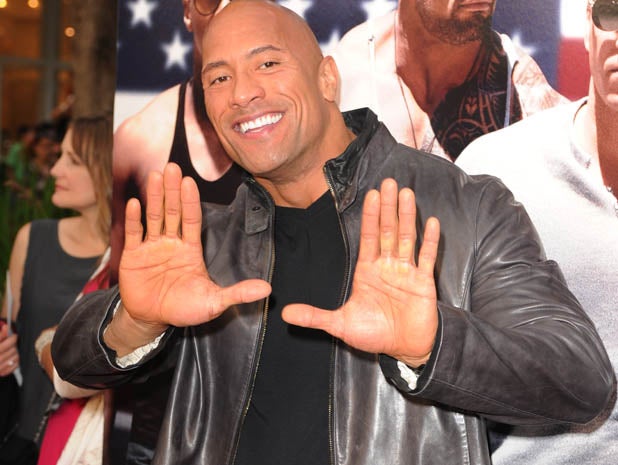 Dwayne Johnson is in final negotiations to star in “San Andreas,” a 3D film set during the aftermath of a massive earthquake in California, according to three individuals with knowledge of the project. Johnson would play a man who travels across the state to rescue his daughter.

Johnson does not have a deal in place, but New Line had been shopping the project to directors with him attached and is now very close to locking up the deal. Brad Peyton, who worked with Johnson on “Journey 2: The Mysterious Island,” will direct.

Beau Flynn of FlynnPictureCo. is producing along with Tripp Vinson. Carey and Chad Hayes, who wrote New Line’s summer horror smash “The Conjuring,” penned the latest draft of the movie, which was also worked on by everyone from Carlton Cuse to Jeremy Passmore and Andre Fabrizio.

Johnson has worked his tail off to become one of the most bankable stars in Hollywood, and appeared in three hits this year — “G.I. Joe: Retaliation,” “Fast & Furious 6” and “Snitch.” He also appeared in Michael Bay’s “Pain & Gain.”

He has enlivened several franchises in recent years, including “Journey” and “Fast & Furious,” and New Line sees this project as the beginning of another series.

Johnson is currently filming Brett Ratner’s “Hercules” for MGM and “Fast & Furious 7” for “The Conjuring” director James Wan and Universal. He is repped by WME and Gang, Tyre, Romer and Brown.

For the record: An earlier version of this story identified the film as “San Andreas 3D.” The 3D has been dropped from the title. The film is just known as “San Andreas.”