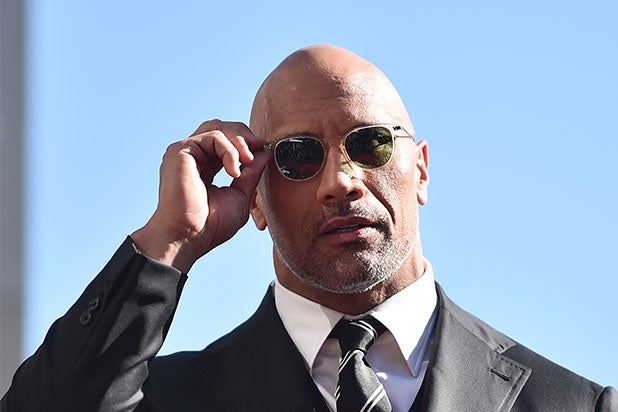 Dwayne “The Rock” Johnson sent a heartfelt video message to a fan whose mother and sister died in a car accident over the weekend after the fan shared his mother’s love for the actor on social media.

“My beautiful mom who passed away loved @TheRock so so SO much,” Angelo Pizarro wrote on Twitter on Aug. 25, alongside a photo of his mother next to a “Skyscraper” poster. “I’m trying to get him to do even a video saying her name for the funeral. If you could retweet the crap outta this for him to see it that’d mean the world. Thank you!”

The over 44,000 retweets got Johnson’s attention, as Pizarro tweeted a day later, “WE DID IT!”

Also Read: Dwayne 'The Rock' Johnson Earns the Most For Acting -- But Doesn't Top Forbes' List of Highest-Paid Actors

In the video message, Johnson sends love to Pizarro following the loss of his mom and his sister, and thanks his mother for being such a big fan of his.

“THANK YOU SO MUCH SIR,” Pizarro wrote in response. “I hope everyone knows how amazing you are. I can’t stop smiling knowing she’s smiling so much. Just, thank you. And again thank you to every single person who viewed my post (now over a million).”

See Video: The Rock Surprises His Stunt Double With a New Truck

According to the San Diego Union-Tribune, Aileen Pizarro, along with Aryana Pizarro, was killed in a fiery, wrong-way car crash last week in San Diego.

@TheRock THANK YOU SO MUCH SIR. I hope everyone knows how amazing you are. I can’t stop smiling knowing she’s smiling so much. Just, thank you. And again thank you to every single person who viewed my post (now over a million). pic.twitter.com/tQisyRGgVT