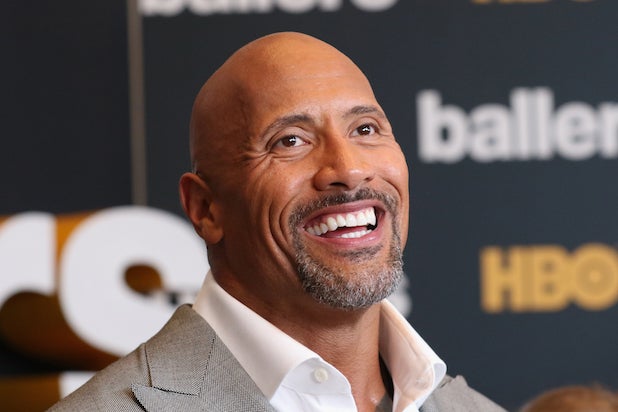 Dwayne “The Rock” Johnson took to social media this morning to announce a star-studded cast for his Spike TV special, “Rock the Troops,” and he promises it will be “an epic historic event.”

Johnson started his video by saying that “an incredible group of my buddies have decided to join me for “Rock the Troops.” His “incredible” buddies include Kevin Hart (of course), George Clooney, Jack Black, Keegan Michael-Key, Scott Eastwood, Rob Riggle, Jack Black, Jeff Ross, Laird Hamilton and JB Smoove.

“Rock the Troops” is a music and entertainment event held in memoriam of the 75th anniversary of Pearl Harbor to honor the men and women of the United States military and their families.

“Rock the Troops” will air on Spike TV this December.

See The Rock’s announcement below.

EXCLUSIVE: Excited to welcome an incredible group of buddies who will join me for #RockTheTroops this December on @SpikeTV. This year marks the 75th anniversary of Pear Harbor, so we’re heading to Joint Base Pearl Harbor-Hickam in Hawaii to pay tribute to our service men and women. It’s a night of comedy, music and BIG entertainment. My phone is ringin’ off the hook from my buds who can’t wait to come to Hawaii. We’re FIRED UP to bring you this amazing tribute to our troops … @KevinHart4Real @JackBlack @KeeganMic @RobRiggle @Scott Eastwood @TerryCrews @LairdHamiltonSurf @therealjeffreyross @ohsnapjbsmoove #GeorgeClooney Music performances: @FloRida @NickJonas #Tenacious D #LynrydSkynyrd @aaronlewismusic Epic night. Historic night. Our honor. #RockTheTroops Big shout to our @sevenbucksprod hard working and brilliant partners @SpikeTV @CaseyPattersonTV @Donmischerproductions