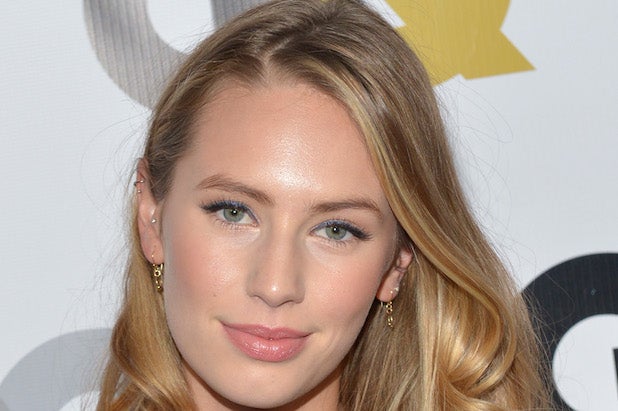 Sean Penn and Robin Wright‘s daughter Dylan Penn will make her acting debut in the horror movie “Condemned,” it was announced Friday by Caliber Media.

Caliber Media partners Dallas Sonnier and Jack Heller arranged the financing and will produce alongside Jason Sokoloff. Production is scheduled to start next month in New York.

Penn will star as Maya, the youngest in a group of kids who live in a condemned, filthy squat on Manhattan’s Lower East Side with a bunch of crazy, degenerate lunatics. The building residents succumb to an infection from their own waste and garbage, inciting a ‘battle royale’ where they all go berserk and try to kill one another.

The film is described as the bastard child of “Delicatessen,” “Evil Dead 2” and “After Hours.”

Gesner was a professional skateboarder as a teenager before Russell Simmons hired him as one of the original clothing designers at the inception of Phat Farm. Gesner went on to co-create his own label Zoo York with Rodney Smith and Adam Schatz, for which he served as design director for over 10 years. Gesner later worked as a creative consultant on HBO’s “How to Make It in America,” which creator Ian Edelman has hinted was inspired by Gesner’s life. Last fall, Gesner helped the infamous street artist Banksy stage his latest show “Better Out Than In” in New York City. Gesner currently co-owns and runs SHUT Shakes with his former Zoo York partners.

Caliber Media is in post on a number of films including “Chuck Hank and the San Diego Twins,” which is Coatwolf’s follow-up to “Bellflower.” Other upcoming films include “Dark Was the Night” starring Kevin Durand and Lukas Haas, as well as the comic book adaptation “The Scribbler” starring Katie Cassidy. The company recently executive produced the Ken Marino movie “Bad Milo,” which was presented by the Duplass Brothers.

Penn is a rising star in the modeling world who has been featured in the pages of GQ, Elle and W Magazine. She’s represented by Anonymous Content, while Gesner is repped by UTA and manager Adam Schatz.