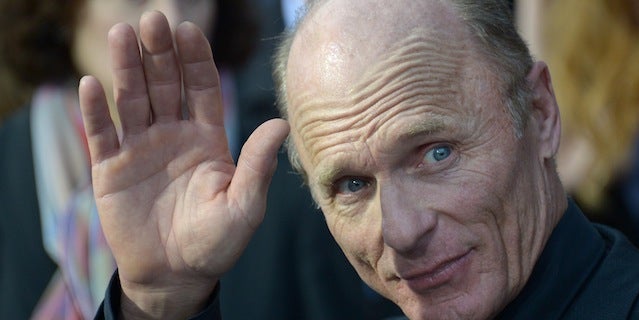 Jaume Collet-Serra is directing from a script by Brad Ingelsby ("Out of the Furnace"). Collet-Serra previously worked with Neeson on "Unknown" and "Non-Stop."

Neeson stars as an aging mob hit man who is forced to take on his former boss, the leader of a prominent criminal organization in Philadelphia.

Also Read: Ed Harris and Diane Keaton to Co-Star in 'The Look of Love'

Harris is in negotiations to play the syndicate's violent leader, who wants revenge for the death of his son.

Kinnaman co-stars as Neeson's estranged son, who witnesses a murder and spends one long night on the run with his father.

Harris, who recently starred in Michael Bay's "Pain & Gain" and the Soviet submarine thriller "Phantom," will soon be seen in Bong Joon-ho's sci-fi film "Snowpiercer" and heard in Alfonso Cuaron's WB movie "Gravity."  He also has Arie Posin's "The Face of Love" and the indie drama "Frontera" awaiting release.

Harris, who received Oscar nominations for "The Hours," "Pollock," "The Truman Show" and "Apollo 13," is repped by CAA and attorney Melanie Cook.