Ed Sheeran is back on track to visit Studio 8H this weekend. The singer confirmed on Instagram Tuesday morning that he will still appear as the musical guest on “Saturday Night Live,” after he tested positive for COVID-19 more than a week ago.

“Posting this pic to say I’m released from covid isolation today, so if you see me out and about I’ve had the all clear and done my quarantine,” Sheeran wrote on Instagram. “Excited to hit the ground running with work again, and SNL is still on, so tune in Saturday, see you there x.”

Sheeran, who last Friday released his fifth studio album, =, will take the “SNL” stage this Saturday, Nov. 6, on the episode hosted by “Succession” star Kieran Culkin. 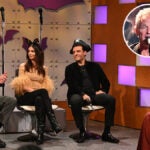 Sheeran first shared his COVID diagnosis on Oct. 24, just hours after he’d been announced as “SNL’s” next musical guest.

“Hey guys. Quick note to tell you that I’ve sadly tested positive for Covid, so I’m now self-isolating and following government guidelines,” Sheeran shared in an Instagram post at the time. “It means that I’m now unable to plough ahead with any in person commitments for now, so I’ll be doing as many of my planned interviews/performances I can from my house. Apologies to anyone I’ve let down. Be safe everyone.”

In the days following that announcement, Sheeran made several appearances on Instagram, performing for fans and answering questions about his new album. He also made an appearance on Dax Shepard’s “Armchair Expert” podcast, where he said the negative reaction to his appearance a few years ago as a Lannister soldier on HBO’s “Game of Thrones” impacted how he thinks about his time on set. 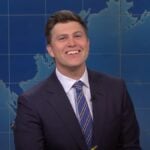 “I feel like people’s reaction to it sort of muddied my joy to it,” he told Shepard.

Sheeran has served as musical guest on NBC’s sketch comedy show twice before. His first appearance was when Seth Rogen hosted in 2014. The Brit returned three years later, in 2017, to perform again (Alec Baldwin was host that time).