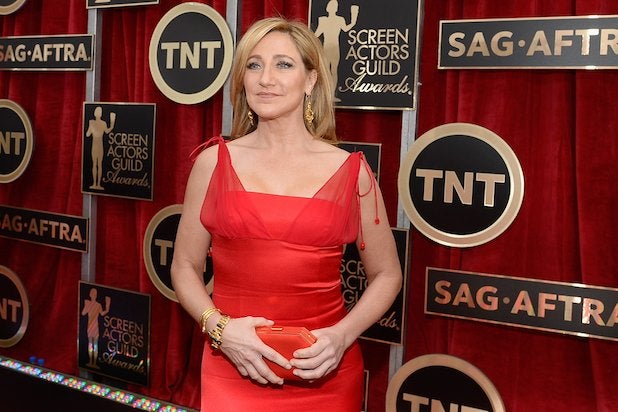 The eight-episode anthology series “Law & Order: True Crime — The Menendez Murders” will focus on Lyle and Erik Menendez, brothers who were convicted in 1996 of murdering their parents and sentenced to life imprisonment without the possibility of parole.

Defense attorney Abramson represented the brothers through their three trials and claimed the brothers had suffered a lifetime of abuse from their parents. Their father, Jose Menendez, was accused of sexual abuse, as well as being unusually cruel, while mother Kitty Menendez was accused of being mentally unstable, and a violent drug and alcohol abuser.

“I’ve known Edie for more than two decades,” said series executive producer Dick Wolf. “Our working relationship started when she was among an elite group of actors who made multiple appearances as defense attorneys on ‘Law & Order’ in the early ’90s. Edie was at the top of that list. She did a fabulous job on ‘Law & Order’ and, as Leslie Abramson, will knock the role out of the park.”

Falco has won four Emmys in her career; three for playing mafia matriarch Carmela on “The Sopranos” and another for the title role on “Nurse Jackie.” In addition to her four Emmy wins, Falco was nominated an additional nine times.

She also earned 11 Golden Globe nominations for the two roles and won twice. Falco is the only actress to have won the Emmy for Best Actress in both the comedy and drama categories. She has been nominated for a record 22 SAG Awards and became the only actress ever to receive the Emmy, Golden Globe and SAG Award all in the same year for the same performance.

Falco, who most recently starred alongside Louis CK on his critically reviewed series “Horace and Pete,” has appeared on several TV dramas, including “Homicide: Life on the Street,” “Law & Order” and “Oz.” On the comedy side, she has appeared in guest roles on “Will & Grace” and “30 Rock.”